11 Mar 2022  by saurenergy.com
It seems to be the season for solar manufacturers across countries to expect more. After India, it is the Solar Energy Manufacturing for America (SEMA) Coalition that sent a letter to President Joe Biden requesting the United States President to enact policy solutions basis so that the domestic solar manufacturing can sustain in the long term. The coalition has called upon the President with regards to the passage of SEMA Act. The group of U.S. solar manufacturers claims to represent more than 6,100 workers. 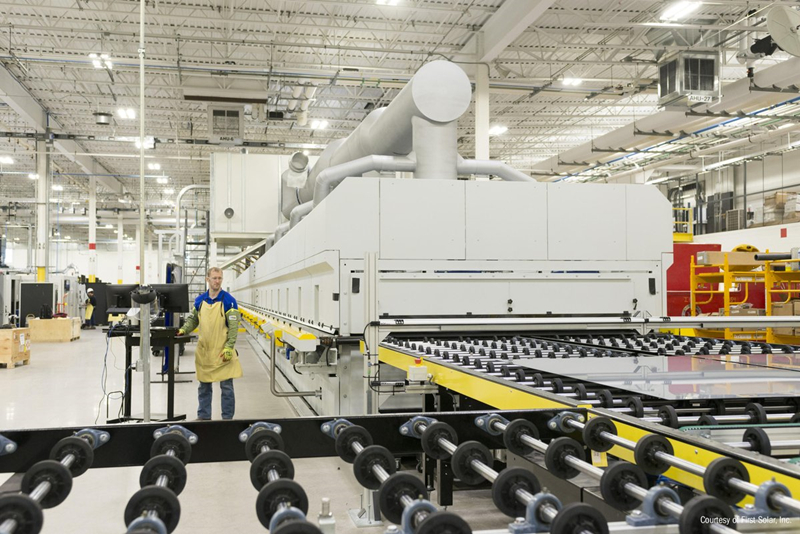 The letter has been signed by key players of the industry who are member of SEMA: Auxin Solar, Caelux, CubicPV, First Solar, Hanwha Q CELLS North America, Heliene, Hemlock Semiconductor Operations and REC Silicon among others.

The SEMA Coalition estimates that by 2025, incentives based on deployment and manufacturing tax credits can help the industry to grow to 30 GW domestic solar module manufacturing capacity. This will also come with huge employment generation in the renewable sector. SEMA says that there will be 18,000 direct and 60,000 indirect manufacturing jobs.

The letter said, “The group members also have plans to have an entirely domestic solar manufacturing supply chain capable of exceeding domestic demand with nearly 100% American panels, resulting in approximately a total of 30,000 direct manufacturing jobs and over 100,000 indirect jobs by 2030 throughout the solar supply chain.”

Just last week, the US President has asked the Congress in his speech to send the Build Back Better Act to him. He also emphasised on the clean energy incentives within the bill. The law is stalled in the Senate due to intense opposition from some moderate senators. This is mainly at the behest of senators Joe Manchin and Kyrsten Sinema. The draft legislation has provisions for residential solar tax incentives, incentives for larger projects, refundability options, and tax credits for new domestic solar energy manufacturing.

At present, the United Sates based solar panel manufacturers and domestic module assemblers can supply less than 8GW. This is when they work at their full capacity. The industry is entirely import dependent as far as solar cells are concerned. SEMA coalition believes that for 30GW capacity build up, the enactment of SEMA Act and other policy support is unavoidable.

Much like India, the US manufacturing sector faces a strong developer and installer lobby (SEIA) that believes higher domestic costs will be a big obstacle to solar growth, vis a vis imports. Perhaps the US will take a cue from our Solar PLI scheme?