11 Mar 2022  by pv-magazine.com
Trina Solar has unveiled a new PV module for residential and commercial applications. It has chosen the Australian market for the global launch of the new rooftop solar panel. 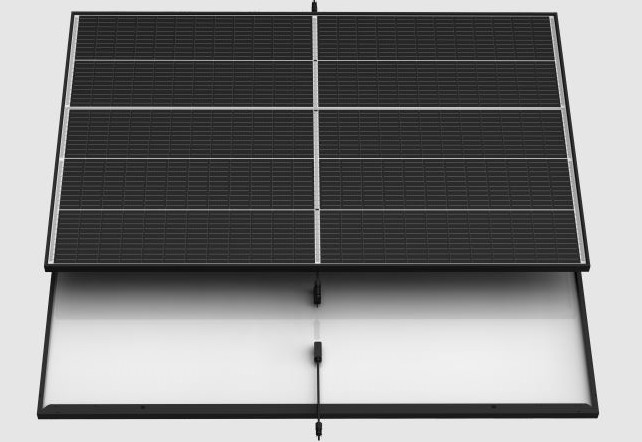 China's Trina Solar has unveiled a new addition to its Vertex solar module range. Its new Vertex S+ panels have a power output of up to 425W, with a maximum efficiency rating of 21.9%.

The new product, which uses 210 mm wafers and features double-glass design in place of the conventional glass-and-backsheet structure, has been specifically designed for residential installations and commercial and industrial (C&I) rooftop arrays.

Trina Solar Asia Pacific President Todd Li said on Thursday that the double-glass panel has been designed to resist performance degradation and delivered greater efficiency and durability, particularly in hot and humid environments.

“The Vertex S+ module we are launching today is ideally suited to Australia,” he said. “It is the very first 425W module in Australia that comes with double-glass, rather than backsheet. Double-glass is more durable, allowing the module to perform even in very hot or very hot and humid environments.”

“The module has been designed for easy-to-handle installation thanks in part to its light weight and the fact it is compatible with existing mainstream mounting systems, optimizers and inverters for residential and C&I applications,” he said, noting that the Vertex S+ module comes with a 25-year product warranty and a 30-year power warranty.

Trina said the new, more powerful Vertex module is aligned with the trend in the Australia rooftop segment for more powerful systems. Li added that Australian households are now turning to higher- power modules to meet their needs, while C&I companies are turning to rooftop solar to offset rising electricity prices.

Trina expects to begin shipping the panels in April, with the first batch likely to arrive in Australia later that month. Li said the decision to launch the new module in Australia was deliberate, as it looks to “reinforce our position as Australia’s No. 1 solar module brand and to capitalise on the tremendous growth in the commercial, industrial and residential solar market here”.

“We anticipate that following today’s launch, we will further increase our lead in Australia as the country’s number-one brand of solar module,” he said.

Figures published in February by solar market research company Sunwiz show that Trina was Australia’s most popular module brand in 2021. In a recent report, Sunwiz said that Trina had increased its market share to 14%, as the nation rolled out a record 5.2GW of PV. It enjoys high market share across the residential, C&I and large-scale segments.