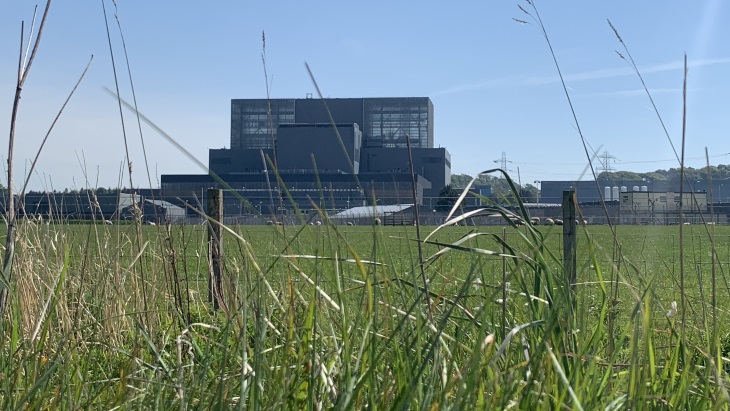 Power generation ended at Hunterston B in January (Image: EDF Energy)
The study notes that the current perception is that "hosting a first generation nuclear site appears to the public to leave a permanent nuclear legacy, with an added consequence of sizeable concrete structures forever populating the landscape".

It says that the last UK nuclear site to be opened was at Torness more than 40 years ago, but with the planned three waves of future nuclear power to come, new sites will be required, so gaining community backing will be crucial in areas with "no experience of (or vested interest in) a new local reactor".

The current progress being made using a "consent-based" process to find areas keen to host a geological disposal facility (GDF) is also highlighted as having lessons for the future process of gaining regional consent for new nuclear energy sites.

Professor Francis Livens, director the institute, said the UK's ambition to achieve net zero by 2050 was "an enormous undertaking" and "for an expansion of the necessary scale, the limited number of nominated nuclear sites in the UK is insufficient".

"Delivering on these ambitions will therefore require new nuclear sites to be identified, and new communities to accept the presence of nuclear facilities … we must aim to understand the whole nuclear lifecycle, and the societal context in which it exists, if we are to make the right decisions."