10 Mar 2022  by reuters.com
European Union leaders will tackle ways to wean themselves off Russian fossil fuels on Thursday and debate how quickly to ditch their key supplier, with countries split over whether to sanction oil and gas imports as Moscow wages war in Ukraine. 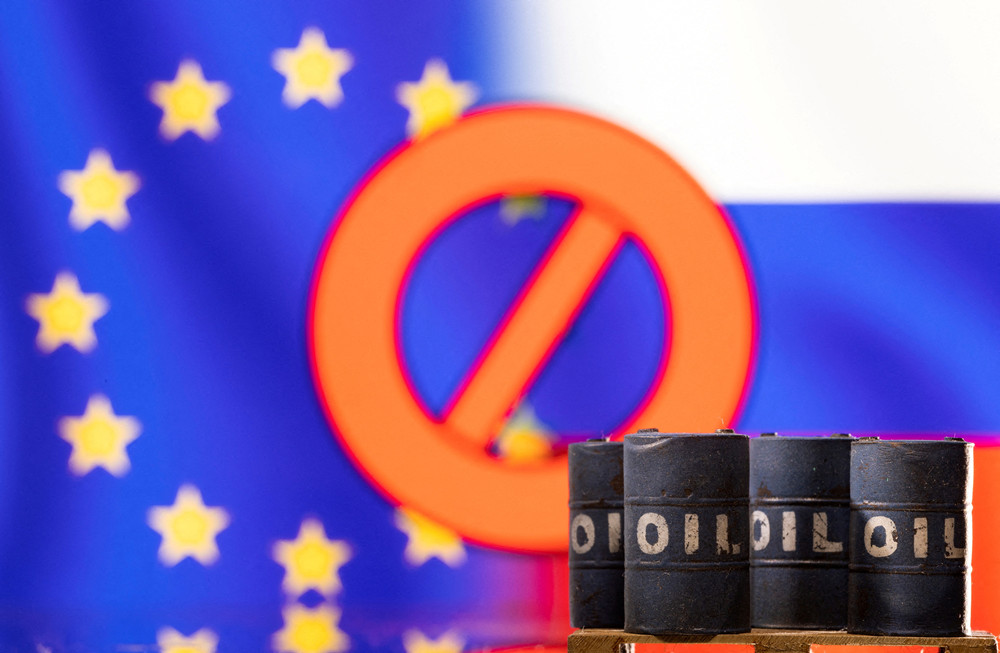 Models of oil barrels are seen in front of the displayed sign "stop", EU and Russia flag colours in this illustration taken March 8, 2022. REUTERS/Dado Ruvic/Illustration/File Photo

Russia's invasion of Ukraine prompted Brussels to unveil plans this week to reduce reliance on Europe's top gas supplier this year and end it within the decade.

How to implement those plans, not to mention how to finance them, will be a key topic under discussion at a two-day summit in Versailles, France.

A draft of the summit statement, seen by Reuters, would agree to phase out the EU's dependency on imports of Russian gas, oil and coal, including by ramping up liquefied natural gas imports and speeding up deployment of renewable energy. It did not set a date for the phase-out.

The 27 countries of the EU rely on Russia for 40% of their collective gas needs, 27% of oil imports and 46% of coal imports.

Russian gas flows to Europe have continued at a steady pace since the invasion, which Russia calls a "special military operation", but Moscow has warned that Western sanctions on its oil could prompt it to close a major gas pipeline to Europe.

The United States, which is less reliant on Russian energy, banned imports of Moscow's oil and gas on Tuesday, while the EU has so far focused its measures on banks and oligarchs, banned Russian aircraft from EU airspace and halted technology exports.

Approval would be needed from all 27 member states but EU officials say the stance of German Chancellor Olaf Scholz, who rejects sanctioning energy imports, is shared by other countries.

Germany receives 18% of Russia's gas exports and 11% of its oil. 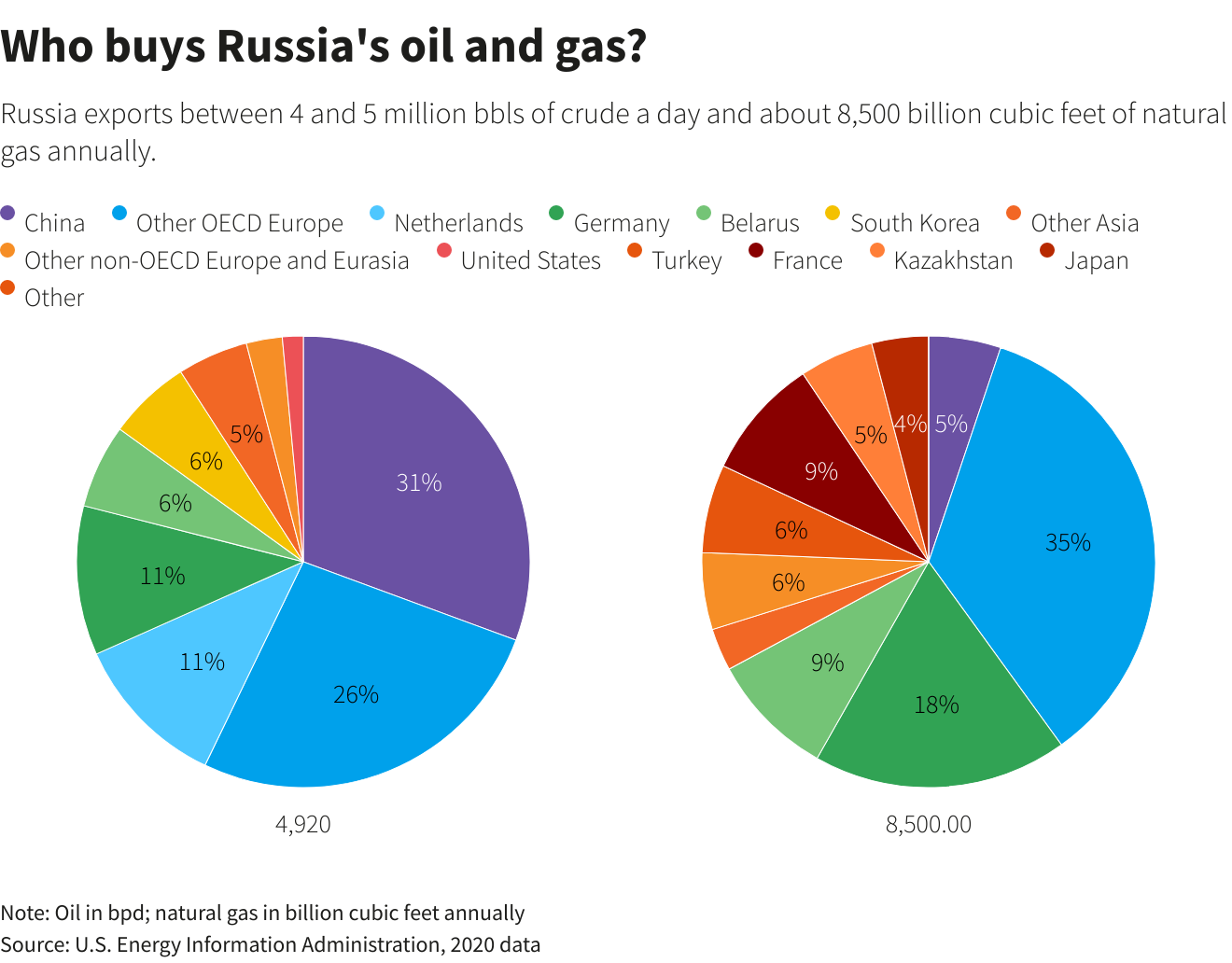 "While we condemn Russia's armed offensive and we also condemn the war, we will not allow Hungarian families to be made to pay the price," Hungary's prime minister Viktor Orban said on Tuesday, opposing energy sanctions. Hungary imports most of its oil and gas from Russia.

Other countries say the hundreds of millions of euros per day Europe pays Russia for fossil fuels must stop - even if that hurts Europe's economy and pushes soaring energy prices even higher.

"Billions are flowing to Russia via Nord Stream 1," a Polish diplomat said, referring to a gas pipeline from Russia to Germany. "These are billions for which today Ukrainians are paying with their own blood."