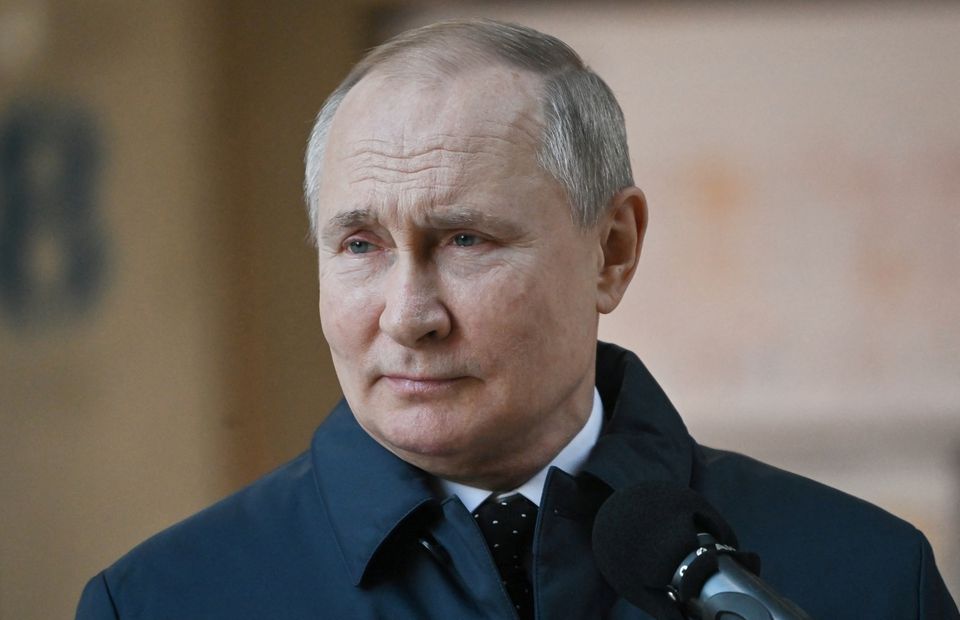 Russian President Vladimir Putin visits the construction site of the National Space Agency on the premises of the Khrunichev State Research and Production Space Centre, in Moscow, Russia February 27, 2022. Sputnik/Sergey Guneev/Kremlin via REUTERS

Brexit, trade wars between the United States and China, and Covid-19 have dealt successive knocks to globalisation, and the war in Ukraine is doing fresh damage. The unprecedented speed and severity with which American, European and Russian officials have derailed supply chains is a warning to nations that have just barely emerged from the pandemic.

President Vladimir Putin’s threat to cut Europe’s energy supplies and his decree banning exports of certain products and raw materials in response to sanctions is a potent illustration of the pitfalls of trusting in free trade. Russian companies can no longer buy semiconductors from the world’s top supplier TSMC and Russian people can’t use their Visa and Mastercard overseas. Had Russia not invaded Ukraine, restrictions would not have been applied, and they would be partially wound down if Moscow agrees to withdraw. But for governments worried about being subjected to similar treatment someday, or those simply stuck in the cross-fire, the sight of the West wrecking a G20 economy over the course of just a few weeks gives food for protectionist thought.

During the pandemic, officials facing shortages of key medical equipment or electronics components rushed to onshore or re-route crucial supply chains as much as they could, with mixed success. Now, with Moscow warning of $300 per barrel oil prices and farmers panicking that lack of fertiliser will halve crop yields, this decoupling trend is now likely to accelerate.

Countries cannot quickly reduce their dependence on fossil fuels, so this may spur green transitions as governments ramp up efforts to wean themselves off imported fossil fuels. That’s a good thing, but they are also more likely to slap higher taxes on imported goods to spur local production, roll out more policy favouring domestic champions and scrutinise or halt cross-border deals and investment.

Self-sufficiency also implies more global inefficiency as countries duplicate goods and services better imported, and will further increase the price of key commodities. If everyone moves in the same direction, they could quickly run out of export customers. Politicians' desire to insulate their economies from overseas ructions is perfectly understandable, and worrying.

- Russian President Vladimir Putin signed a decree on March 8 restricting the import and export of some goods and raw materials "to ensure the security of the Russian Federation", Interfax news agency said. It did not specify which goods and materials would be restricted.

- On the same day, U.S. President Joe Biden banned U.S. imports of Russian oil in retaliation for the invasion of Ukraine. The United States is not a leading buyer of Russian oil. Europeans, who are far more reliant on it, have been reluctant to follow suit.

- Britain, however, said it would also phase out the import of Russian oil and oil products by the end of 2022, while the EU published plans to cut its reliance on Russian gas by two thirds this year.