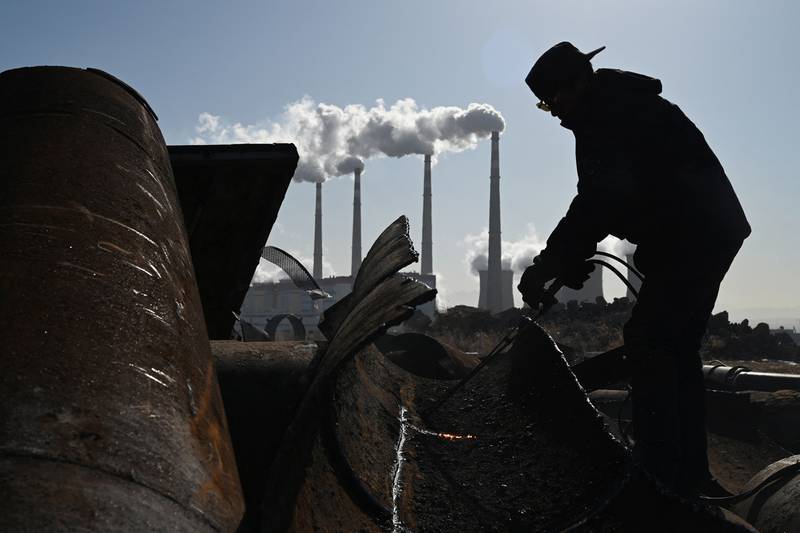 A rise in economic activity in China led to a greater demand for energy, which in turn resulted in higher emissions. AFP

Global energy-related carbon emissions rose 6 per cent in 2021 to reach their highest level yet as coal use increased amid a rise in economic activity, a new report said.

Rising natural gas prices at a time of surging energy demand led to increased use of coal although renewables registered the highest growth.

"The numbers make clear that the global economic recovery from the Covid-19 crisis has not been the sustainable recovery that IEA executive director Fatih Birol called for during the early stages of the pandemic in 2020," the agency said in a statement.

"The world must now ensure that the global rebound in emissions in 2021 was a one-off – and that an accelerated energy transition contributes to global energy security and lower energy prices for consumers."

The rise in emissions was partly the result of a 10 per cent growth in power demand, which outstripped the country's economic growth.

"Coal-fired generation reached an all-time high in India, jumping 13 per cent above its 2020 level. This was partly because the growth of renewables slowed to one-third of the average rate seen over the previous five years."

Carbon emissions in the US were 4 per cent below the pre-pandemic levels, while in the EU they were 2.4 per cent lower.