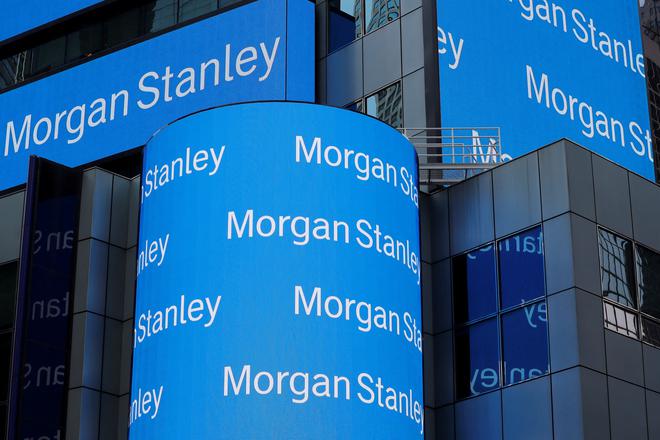 Historically, India’s relative stock prices to EM have reacted poorly to oil price increases, says Morgan Stanley | Photo Credit: LUCAS JACKSON
Despite a supply shock in oil, interest rates, currency and Indian stocks appear to be relatively calm due to six major reasons, said Morgan Stanley. The global financial advisory firm has analysed the likely reasons to understand whether if this is a “calm before a storm” or a new market dynamic.

According to its study, policy certainty, declining oil intensity in GDP, high relative real policy rates, rising share of FDI to FPI in external balances, rising domestic investors share and calm in INR and interest rates are the key reasons for the stability in Indian stocks.

While the BSE Sensex and Nifty slumped 6.73 per cent and 6.39 per cent year-to-date respectively, Nasdaq and S&P 500 tumbled 14.91 per cent and 9.18 per cent respectively. The Dow Jones Industrial Average too slipped 7.49 per cent.

Supply constrained oil price rises are bad for India. Indeed, the recent 25 per cent jump in oil prices will expand the current account deficit by 75 bps and inflation by 100 bps on an annualised basis.

"We measure the latter by using oil price relative to copper (underlying assumption being that both commodities respond similarly to global demand conditions and hence their relative prices should relative supply conditions) and the New York Fed's Oil Price Dynamics Report. The tight association between these indicators and India's relative performance to EM appears to be breaking down in recent years," Ridham Desai, Equity Strategist along with Sheela Rathi (equity analyst) and Nayant Parekh (equity strategist), said in a report.

"The rise in oil price is a threat but not strong enough in the context of the policy environment," they added.

Further, India's relative real policy rate to the US is at all time high, Morgan Stanley said and added: "Monetary policy looks much better placed to handle the inflationary impact from an oil price rise especially when compared to history."

India used to rely primarily on foreign portfolio investment (FPI) flows to fund its current account deficit. FPI flows tend to react more aggressively to the effect of oil prices on shares and their actions feed into the macro creating a vicious cycle. However, since 2014, external funding has shifted dramatically to foreign direct investment (FDI) which is more stable and less sensitive to oil price fluctuations, the report further explained.

According to Morgan Stanley, the rising domestic bid on stocks since 2014 also means that FPI selling is now offset, unlike the past.

"The above factors probably explain why the interest rate and currency markets have been relatively stable compared to previous oil shocks. Thus, stocks have also reacted less violently," the report summed up the reasons behind India's relatively stable stock market.

Is this shift in the impact of oil on equities structural or are the markets assuming that oil prices will reverse quickly or does it take another $10-20 rise in oil prices to cause the stock market to falter? "We are not sure but the ensuing days could answer these questions," Morgan Stanley said.