Tesla to Win Approval for $5.5 Billion Berlin Gigafactory on Friday 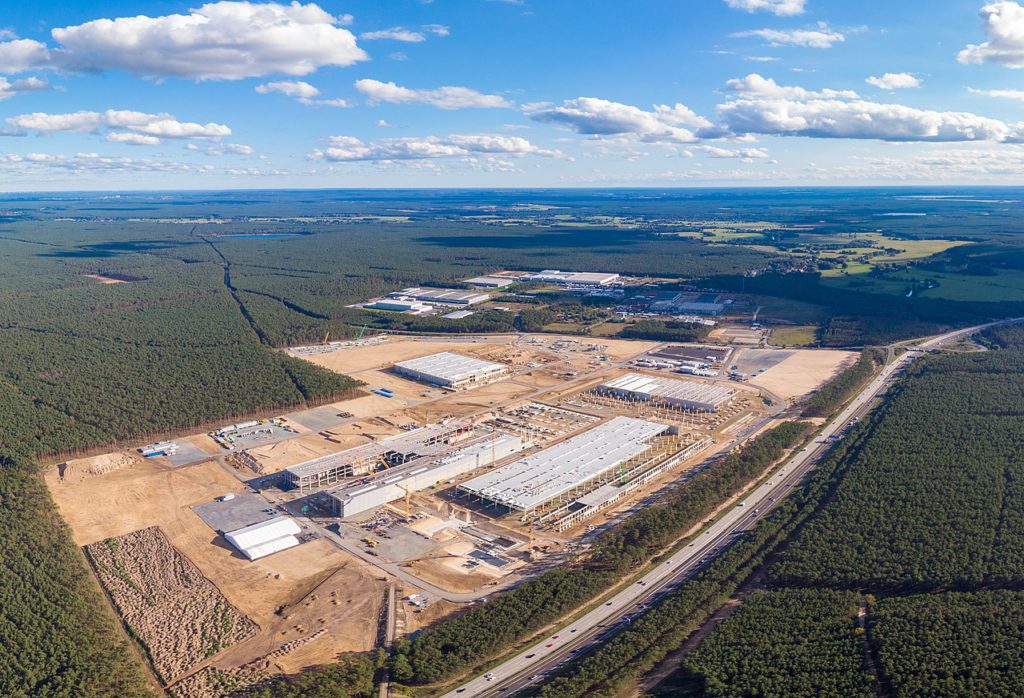 Giga Berlin under construction in Grünheide, October 2020. Credit: Wikipedia
The German state of Brandenburg has called a news conference for Friday at which it is widely expected to approve Tesla’s 5 billion euro ($5.5 billion) gigafactory near Berlin if certain conditions are met.

“The approval procedure for the e-car and battery factory of the U.S. company Tesla in Gruenheide in Brandenburg is nearing completion,” the state government said in a statement.

Tesla has for months been awaiting approval for a licence to begin production at the electric vehicle (EV) factory and adjacent battery plant in Gruenheide near Berlin, slowed down by red tape and local opposition.

CEO Elon Musk has made his irritation for German laws and processes known, saying in a letter to authorities last year that the country’s complex planning requirements were at odds with the urgency needed to fight climate change.

Musk had hoped to have the plant – key to his ambitions to conquer the European market where Volkswagen currently holds the upper hand with a 25% share of electric vehicle sales to Tesla’s 13% – up and running six months ago.

Following delays, he said in October last year that he hoped to have it operational by December. The company has not further updated its timetable for the launch.