03 Mar 2022  by hellenicshippingnews.com
Russian Urals crude has collapsed by $6.805/b day on day, further breaking its lowest ever discount to Brent as the pressure from international sanctions takes it toll on the crude’s value. 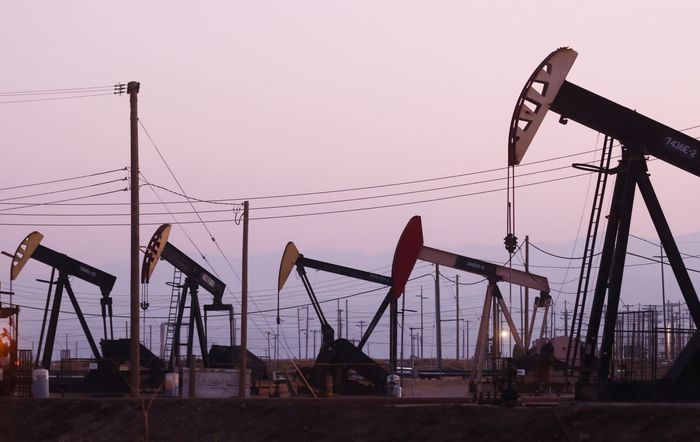 One Urals Baltic loading cargo was offered by Trafigura on CFR Rotterdam basis, loading March 14-16 at Dated Brent minus $18.60/b in the Platts Market on Close assessment process from S&P Global Commodity Insights. Urals was assessed on March 1 at a new record discounts to Dated Brent at $18.305/b for CIF Rotterdam cargoes and $18.005/b CIF Augusta. Before the invasion, Russian Urals weakest discount to Dated Brent was $7.78/b for CIF Rotterdam and $7.57/b for CIF Augusta in late 2006, according to Platts assessments by S&P Global Commodity Insights.

“Nobody is buying [Urals]” said a Mediterranean trader adding that differentials were being slashed to unforeseen levels in order to clear cargoes. Some opportunistic buyers were heard to have taken Urals cargoes locally. According to a second trader, the STAR refinery-issued tender (arriving in the first half of April) was awarded to a Urals Baltic cargo while Mediterranean refiners were heard to have taken a few cargoes from the Urals March program.

Despite this relief from some local buyers the wider market has shunned Russian crude imports. This comes as UK and Canadian leaders have vowed in recent days to restrict Russian oil imports, and Ukraine has appealed to Western governments for a full oil and gas embargo. The UK government has banned all Russian linked ships discharging at UK ports. It remains to be seen whether the rest of the European Union and G7 nations will follow suit in banning the transaction of Russian energy supplies.

According to shipping data from Kpler, Canada has not bought Russian Urals cargoes since September 2019, however, UK refineries are a regular buyer of Urals Baltic cargoes.

Market participants are stunned that Urals continues to be unsellable despite record breaking low levels. “I’m amazed someone hasn’t lifted it yet, I guess the concern is that another could be offered tomorrow even lower,” said a third trader emphasizing that there remains plenty of Russian Urals cargoes to clear for the March loading program.

Traders said that at present there were no sanctions preventing the buying of Russian crudes but public perception and a lack of credit were the largest barrier to transactions. A fourth trader said that pressure from western firms was mounting to avoid Russian energy assets despite no formal sanction restrictions.

“Oil price differentials are reflecting a clear unwillingness to take Russian crude, and there continues to be [a] risk of more sanctions that could indirectly or directly impact oil purchases or supplies,” Kim said.

Furthermore, traders believe that there simply is not a readymade alternative to Urals in the north-west European market. Johan Sverdrup loadings are not as numerous as Russian Urals and only a couple refineries can easily switch to lighter sweeter Forties. S&P Global Commodity Insights’ Shin Kim said that despite the combination of US and International Energy Agency strategic reserve releases, “these potential sources of incremental supply in coming months are not enough [to] offset a prolonged substantial loss of Russian oil” placing more stress on a fragile crude market.