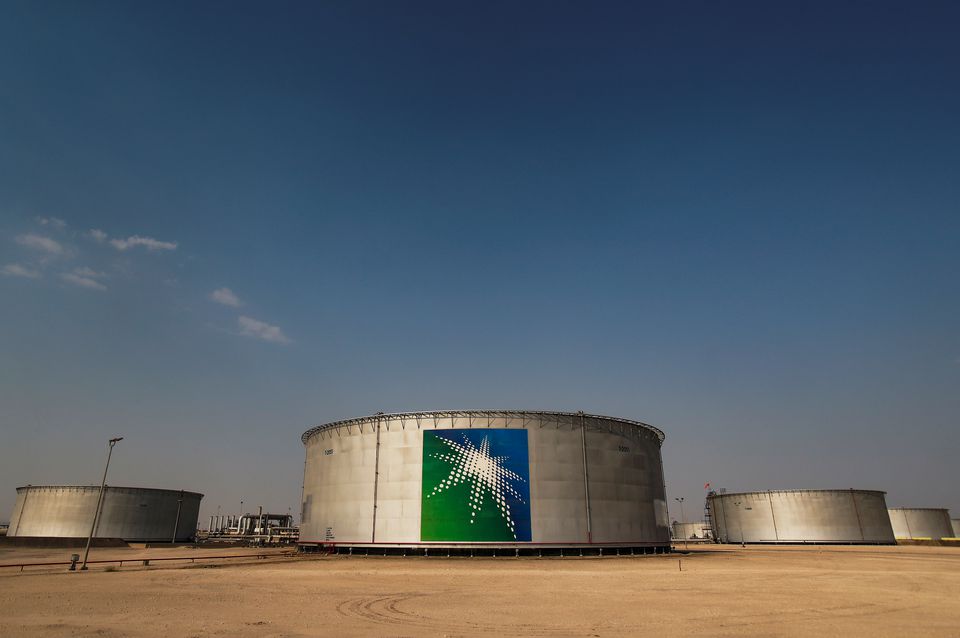 Top oil exporter Saudi Arabia may sharply hike prices of crude for Asia in April, trade sources said on Wednesday, with differentials for most grades hitting all-time highs as global supplies tighten over financing and shipping issues from sanctions on Russia.

The official selling price (OSP) for Saudi's flagship Arab Light crude may rise to a record of $4.50 a barrel, up $1.70, three of five refining sources told Reuters in a survey. 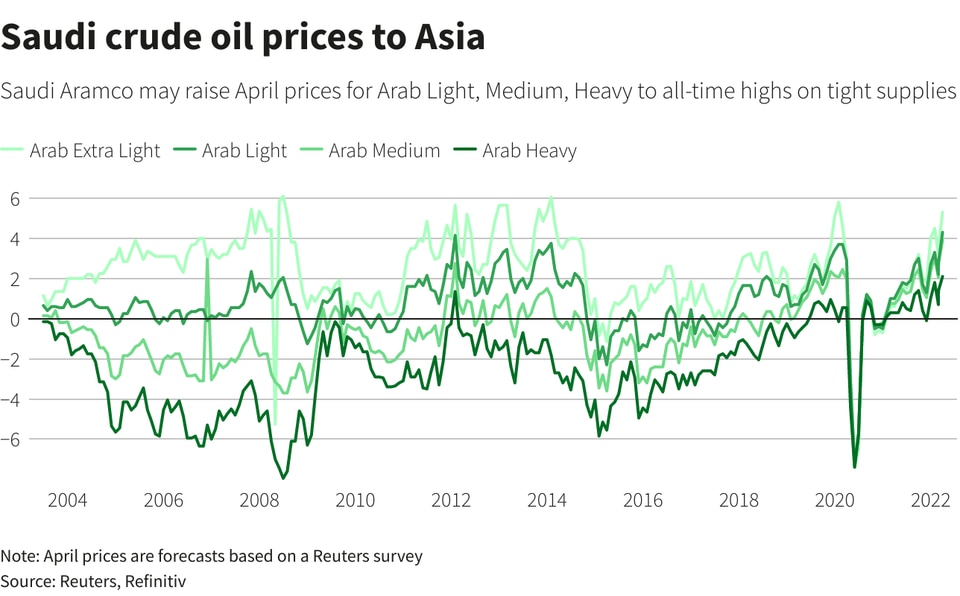 Benchmark grades Dubai, Oman and Murban continued to surge hitting fresh all-time highs on Tuesday, the first day of trading this month. Global oil price Brent jumped more than 4% on Wednesday to its highest since July 2014.

"It's very hard to forecast especially with so much uncertainty ahead," one respondent said.

Light crude grades continued to be underpinned by robust margins for middle distillates although some respondents expect smaller price hikes for heavier grades.

Even then, the OSPs for Arab Medium and Arab Heavy crude may still hit record levels in April, the survey showed.

Despite record prices, some refiners including India's Bharat Petroleum Corp are seeking extra oil from Middle Eastern producers for April. Saudi crude OSPs are usually released around the fifth of each month, and set the trend for Iranian, Kuwaiti and Iraqi prices, affecting about 9 million barrels per day (bpd) of crude bound for Asia.

State oil giant Saudi Aramco sets its crude prices based on recommendations from customers and after calculating the change in the value of its oil over the past month, based on yields and product prices.

Below are expected Saudi prices for April (in $/bbl against the Oman/Dubai average): MARCH Change est.APRIL OSP