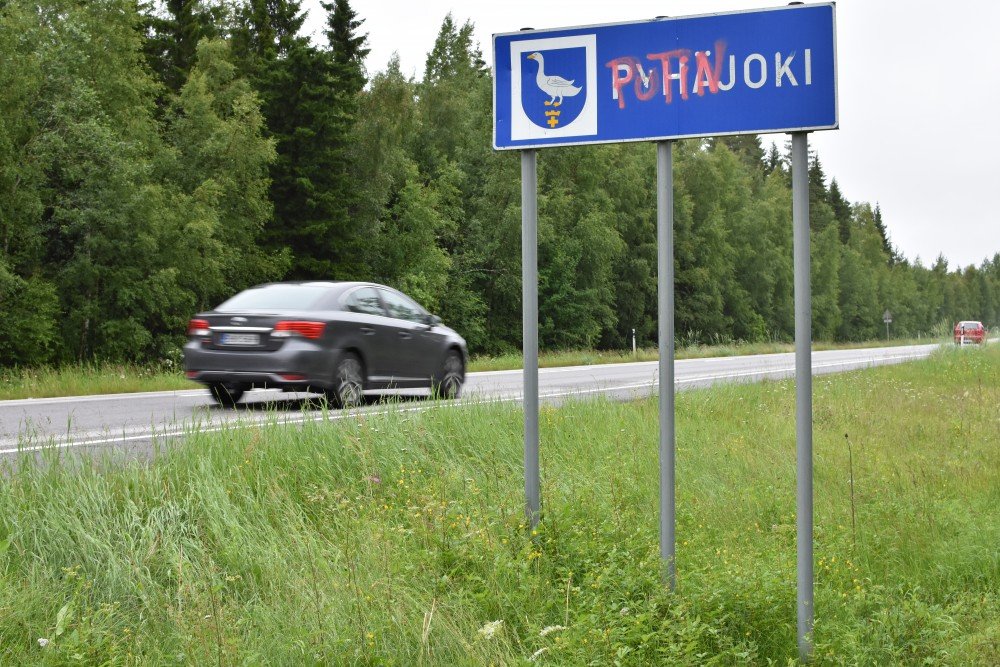 “Putinjoki” painted over the road sign on entering Pyhäjoki municipality where construction of the Russian designed reactor is planned. (Thomas Nilsen / The Independent Barents Observer)

Although construction work at the site of the proposed new nuclear power plant in Pyhäjoki in northern Finland is in full swing, developments in Ukraine could bring the project to a halt.

Final approval for the 1200 MW Russian-designed project — which is being built by Fennovoima, but will be partly owned by Rosatom, Russia’s state nuclear corporation — has yet is granted by Finnish authorities.

On Tuesday, Prime Minister Sanna Marin told news agency STT she believes a new risk analysis should be conducted for the project.

Minister of Economic Affairs, Mika Lintilä, told Helsingin Sanomat that Russia’s actions in recent days have led to a need for an even stricter assessment of the conditions for the implementation of Fennovoima’s nuclear plant.

The Russian-Finnish consortium had hoped to obtain approval this year from the government to construct the plant that has been delayed by several years.

Lintilä said Russia’s actions by recognizing the independence of the rebel regions in eastern Ukraine and sending military troops into the region will affect the criteria used to assess the overall safety of the power plant.

“It is quite clear that this will significantly raise the bar for discretion,” Lintilä said.

In addition to providing the reactor itself, Rosatom is co-financing the construction of what would be Western Europe’s northernmost nuclear power plant.