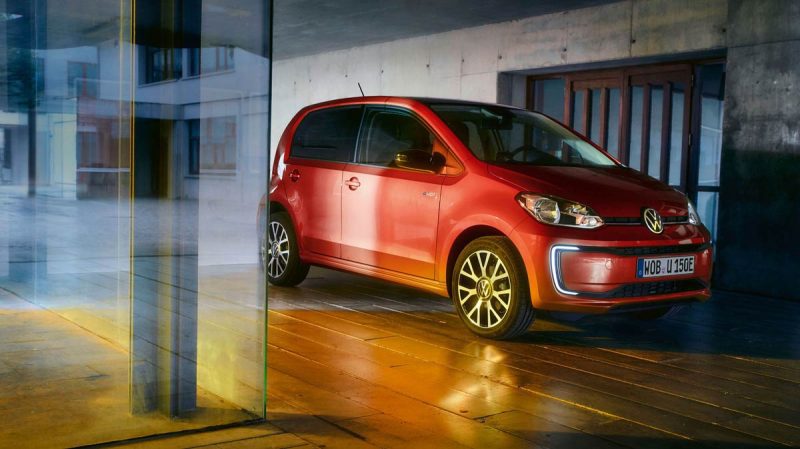 E-UP! ELECTRIC HATCH. SOURCE: VOLKSWAGEN
One of German automotive giant Volkswagen’s most successful electric vehicles, the e-up! small car, can once again be ordered in Germany, and is expected to gradually be rolled out to other European markets.

Having sold over 80,000 models of the e-up! around the world since it was first launched back in 2013 as Volkswagen’s first all-electric model, availability of the e-up! was actually placed on hold as the company sought to process a significant backlog of orders.

Production of the e-up! continued through 2021 and Volkswagen completed 30,000 deliveries during 2021, making the car the second most popular electric vehicles in Germany last year.

Now that Volkswagen has successfully fulfilled its order backlog, the company announced late last week that the e-up! was once again available for order in Germany, with plans to gradually roll out the model to other European markets.

Able to seat four people and boasting an impressive city-driving range of up to 258-kilometres, the e-up! Style Plus model features electric drive power of 61kW and 83PS thanks to its high torque of 210Nm and low energy consumption of 12.7kWh per 100-kilometres.

The e-up! also boasts a relatively short charging time, able to charge to 80% on 40kW DC charging power in only 60 minutes, while taking just a little over four hours on 7.2kW AC to get to 80% charge.

There was originally no official word on whether Volkswagen will ever bring the e-up! to Australia but given the slow going of getting the ID.3 and ID.4 to our shores – due to Volkswagen’s unsurprising policy of expecting governments to support electric vehicle uptake, a requirement Australia doesn’t really pass – it would seem unlikely.

This was confirmed by Paul Pottinger, the general manager of corporate communications for Volkswagen Group Australia, who responded to us via email to say that, “Locally Volkswagen is working toward the ID generation of BEVs rather than, say, the e-Up! or e-Golf.” Further, according to Pottinger, “the ‘sub-city’ car segment in which the Up! fits hasn’t proved of interest to customers.”