22 Feb 2022  by Cornwall Insight
A new funding mechanism for the nuclear sector, the Regulated Asset Base (RAB) model, has the potential to increase the UK’s nuclear capacity to 24GW over the next 30 years, according to Cornwall Insight’s Benchmark Power Curve (BPC). A significant rise when compared with the 6.7GW that is likely to be available if the current Contract for Difference mechanism (CfD) remains the only support mechanism available for nuclear. 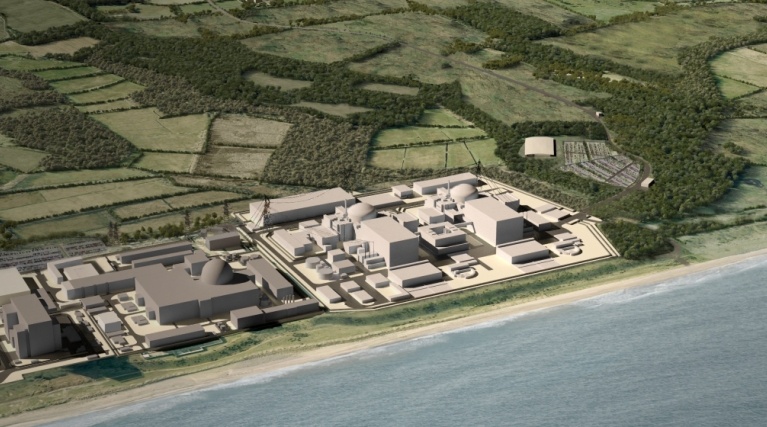 Financing nuclear has proven difficult in recent years, as large upfront capital investment and a long wait for returns has discouraged financiers who have favoured smaller, less risky projects with a shorter repayment schedule. Additionally, recent delays and cost overruns of nuclear construction projects have increased the cost of finance as investors have become wary of taking on decades-long commitments without the government taking a stake or providing some form of security.

The RAB model was confirmed last year as a mechanism that might offset these concerns and enable the UK government to deliver on its commitment to decide on another new nuclear power station during the current Parliament. The model would provide a risk-sharing structure and attract private investment by enabling shareholders to receive interest payments for their capital during the construction period of the plant and beyond.

Cornwall Insight have modelled three different scenarios to explore the impact of RAB on installed capacity of nuclear by means of it altering the weighted average cost of capital (WACC).

• Base case – Counterfactual scenario, represents current state of things, with a WACC of 9% and CfD being the only potential support for new nuclear.

• Scenario 1 – In this scenario we introduce ‘RAB conditions’ by lowering the WACC to 4% for large / GW scale nuclear plants, broadly based on expectations of successful implementation and project delivery.

• Scenario 2 – In this scenario we allow not only the large nuclear but also Small Modular Reactors (SMRs) to be financed by the RAB model. 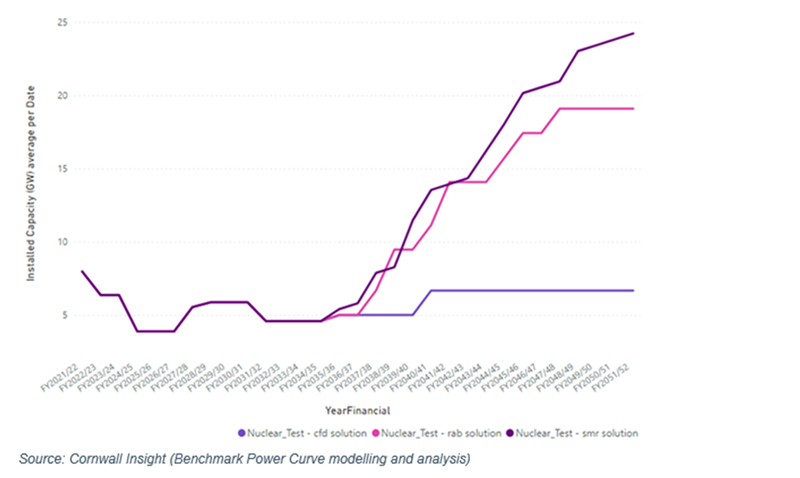 “Nuclear generation has seen many obstacles since it was put back on the agenda in the early 2000’s, not least financial. With only one of the seven currently operating nuclear power plants expected to be active beyond 2035, increasing nuclear investment must be a priority for the government. Introducing the RAB mechanism should promote investment by sharing the risk between investors and the consumers. If you lower the risks, you lower the hurdle rates for investment and ultimately lower costs to consumers.

“If the scenarios modelled are implemented either in full or even partially, there will be many positive knock-on effects for the British energy sector. Not least a decrease in construction costs due to companies retaining learning, delivering similar projects one after another, optimising tasks and learning from previous mistakes. UK could also see the national content of the plants boosted, supporting skilled job creation, and adding value to local communities.

“However, it’s not all roses – much more work is needed to implement RAB for upcoming nuclear projects such as Sizewell C. We’re looking forward to seeing how BEIS resolves the contracting detail to deliver good value for money to the taxpayer. With consideration also needing to be given to the balance of risk sharing between investors and consumers, how delays are handled, and which organisation should be governing RAB contracts.

“RAB cannot exist in a vacuum and the impact it may have on the market interactions of the funded plants must be assessed, as well as the eligibility for other support mechanisms, such as CfD or Capacity Market. However, what our modelling suggests is that the market is there to support large scale new nuclear if the RAB lowers the cost of capital and makes it investable.”