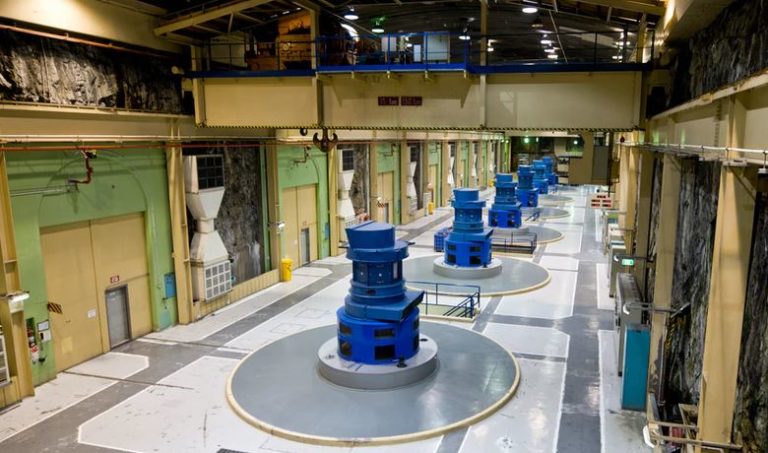 Manapouri, the largest hydroelectric generator in New Zealand, currently supplies the Tiwai Point Aluminium Smelter, which consumes about 12% of New Zealand’s electricity. That supply agreement is set to expire in December 2024.

The exit of the smelter, majority-owned by Anglo-Australian mining giant Rio Tinto, will free up an estimated 438GWh of renewable energy per year. Meridian and Contact are looking to repurpose that renewable electricity into the emerging green hydrogen industry.

This week, they announced a shortlist of four potential development partners for the project, including FFI and Woodside. Other companies included on the shortlist were UK-based engineering and gas supply company BOC, and a consortium featuring Japan's Mitsui and Eneos.

The Meridian and Contact joint venture said the shortlist was selected after a registration of interest process attracted more than 80 responses. Meridian Chief Executive Neal Barclay said the shortlist is a major step forward in the commercialisation of Southland’s green hydrogen opportunity.

“These shortlisted counterparties all have strong hydrogen supply chain capability and a willingness to invest in the opportunity,” he said. “Their involvement demonstrates that markets for green hydrogen are imminent, and that Aotearoa’s renewable energy resources have substantial potential to help decarbonise our domestic economy and increase export earnings.”

The joint venture said the shortlisted parties would now put together early stage business plans and cases for the large-scale green hydrogen production facility. Their plans are due to be submitted by mid-April. The chosen partner or partners is expected to be announced by the middle of 2022 with development activities to commence in the second half of the year.

Contact CEO Mike Fuge said Southern Green Hydrogen was one of the most advanced large-scale projects in the world in terms of its progress to market.

“It’s good to see things moving forward with the RFP and bring the project closer to fruition,” he said. “There has been a massive amount of interest from leading engineering firms involved with green hydrogen.”

The announcement is the latest green hydrogen project for FFI.

FFI founder and Fortescue Chairman Andrew Forrest has previously announced ambitious plans to build one of the biggest renewable energy portfolios in the world, delivering more than 235GW of renewable capacity. FFI also recently announced plans with AGL to flip New South Wales’s coal generators in the Hunter Valley to green hydrogen, and to build the world’s biggest electrolyzer manufacturing plant in Queensland.