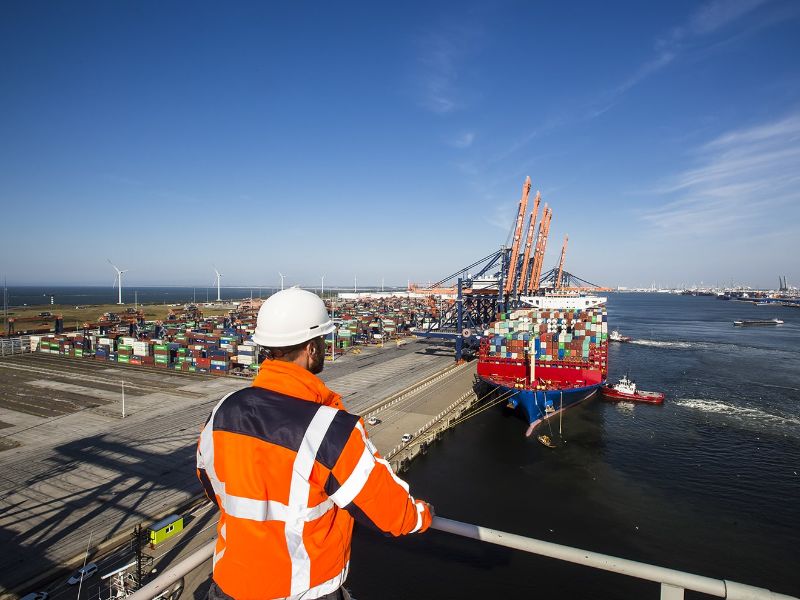 Its latest step is a memorandum of understanding with Colombia’s ministries of Mines and Energy and Transport.

This is the second from Latin America following a March 2021 agreement with Chile’s ministry of energy and effectively the third supply point in the region following the September 2021 announcement of a green hydrogen plant development in Pecém Industrial and Port Complex in northeast Brazil, in which the Port of Rotterdam Authority is a partner.

As major users of energy for multiple uses, ports have a key role to play in the energy transition. As the largest seaport in Europe, it is no surprise that the Port of Rotterdam should be at the forefront of innovation.

While Chile was the first country in the region with a hydrogen strategy, Colombia was not far behind and the MoU forms part of its roadmap to advance its hydrogen production and export capability and position the country as a player in the global market.

Under the MoU Colombia’s ministries and the Port of Rotterdam will establish dialogues to create a hydrogen export and import corridor between the two countries.

“The development of zero and low emission hydrogen will allow Colombia to reduce between 2.5 and 3 million tons of CO2 in the next decade, as well as position itself as a potential exporter of this energy, necessary to decarbonize energy-intensive industries and meet the goals of COP21,” said Minister of Mines and Energy, Diego Mesa.

Colombia’s hydrogen strategy anticipates the development of up to 3GW of electrolyser capacity for green hydrogen production by 2050, accompanied by the installation of up to 4.5GW of dedicated renewable energies.

The ministry considers that Colombia’s green hydrogen could be cost-competitive before 2030 and as early as 2027. With its location and in addition to direct export via the Atlantic, the country also has direct access to the Pacific for export to Asia.

Other recent green hydrogen MoUs by the Port of Rotterdam include one with the Tasmanian government to investigate the feasibility of future exports from Bell Bay to the port and another with the South Australian government.

A study has found that the first exports of hydrogen from South Australia to Rotterdam are feasible this decade and that the state could provide up to 10% of Rotterdam’s forecast 18Mt/year demand requirements by 2050.

Discussions also have been held with South African government authorities and the Port is giving input to the development of an export hub at Boegoebaai on the country’s west coast close to the border with Namibia.

The Port envisages the first imports in 2025 and primarily in the form of ammonia, methanol and other liquid carriers. By 2030, the technology is expected to be in place to transport cooled liquid hydrogen in large volumes.

In addition to its import options, Rotterdam is becoming a hub for local hydrogen production with half of all Dutch projects located there, according to a July 2021 Port of Rotterdam statement.