Deal Signed for Nuclear to Power Russian Gold Mine

The agreement signed by Rosatom and Seligdar covers the supply and consumption of energy from a small modular reactor (SMR) nuclear power plant to develop the Kyuchus gold deposit in northeast Russia's Republic of Sakha (Yakutia). 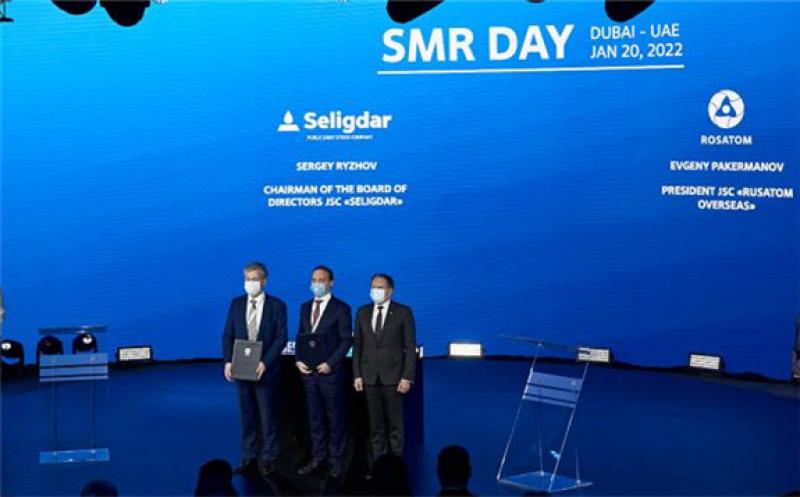 The deal is for 40 years of electrical power supply from the SMR with a RITM-200N reactor, starting from mid-2028.

The terms of the agreement see Seligdar using at least 35 MW of nuclear-generated energy in the Kyuchus project, which is estimated to have gold reserves of at least 175 tonnes.

Six RITM reactors have already been manufactured and used in the Russian icebreaker fleet, but this would be the first land-based one and "incorporate many years (400 reactor-years) of operating experience of small reactors", Rosatom said.

The commissioning date for the SMR is scheduled for 2028. It would be located in Ust-Kuyga and "is designed to supply power to isolated energy grids or remote territories and consumers".

"Having a guaranteed industrial supplier of SMR NPP energy at this early stage is undoubtedly an important factor of commercial success of the project," said Evgeny Pakermanov, president of Rusatom Overseas.

"The Kyuchus deposit development is a landmark project not only for PJSC Seligdar, but for the development of the whole Russian Arctic region in general," said Sergey Ryzhov, chairman of Seligdar.

Agreeing to use at least 35 MW of nuclear power was one of the conditions of October’s auction of the deposit’s development rights. With little infrastructure in the area of Kyuchus the aim was that nuclear power "will make it possible not only to develop the field, but also to provide energy to the nearby territories".