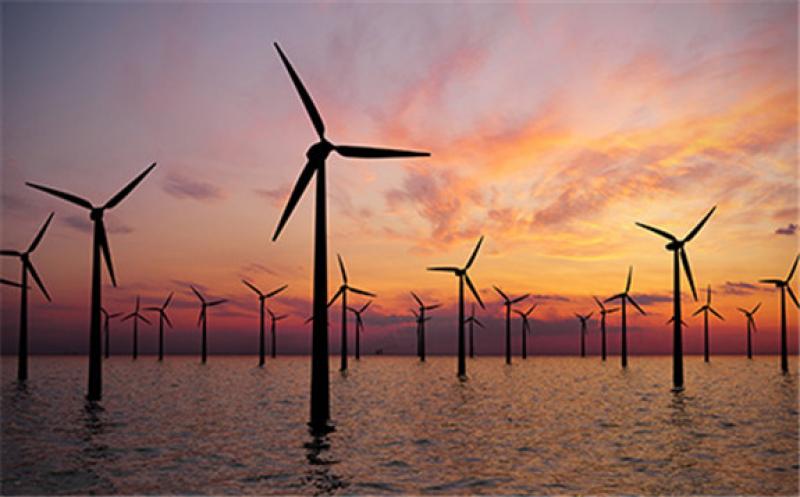 “This takes offshore wind to approximately 0.3% of total global energy supply: [Clarksons Research’s] energy transition modelling suggests this could reach 6 - 9% by 2050 and generate 4870 - 5990 TWh of power.

“China led the way for new capacity additions and overtook the UK as the largest offshore wind market, with 16 GW coming online, mostly in the final two months of the year, ahead of the expiry of a government subsidy deadline at the end of the year. New capacity additions were more modest in Europe, as 1.8 GW was fully commissioned, with 17 GW currently under development in the region.

“The wind vessel market continued to evolve, reaching nearly 1100 vessels by year end. Global WTIV utilisation averaged 83% in the year (up 6 pp y/y), while exceptional demand for vessels off China consistently kept utilisation over 90% in 2H21. Rates responded, with the average dayrate assessment for third generation WTIVs in Europe up 18% across the year besides increases in the C/SOV market also. Dayrates reportedly quadrupled off Guangdong in China in the middle of the year.

“Record new-build investment developed during 2021, with over US$4 billion of orders placed and increasing focus on alternative fuels and energy saving technologies (ESTs). This included over 17 (plus 9 options) WTIV new-build contracts placed (totalling approximately US$2.5 billion), the highest yearly total on record, 15 C/SOVs were ordered (totalling approximately US$0.8 billion), also the highest number on record and 39 CTV contracts placed.

“Both OEMs and wind farm developers came under pressure from rising material costs in 2021. Chinese steel prices averaged US$827/t in the year (up 47% y/y), while annual average copper prices increased by 51% to US$9317/t. Lower than average wind speeds in much of Europe also limited power output from offshore wind farms, reducing the volumes that operators could sell into the market. Offshore wind farms in Germany generated 23.5 TWh of power in 2021, compared to 26.9 TWh in 2020.

“In 2022, [Clarksons Research] is projecting a healthy 9.5 GW of offshore wind capacity will come online (involving 1400 turbines), bringing the fully commissioned global total to 60.0 GW. Offshore wind CAPEX commitments are expected to total some US$55 billion, just below the record of US$56 billion in 2020.