"We will soon open a hydrogen diplomacy bureau in Kyiv in order to launch concrete projects as soon as possible," German Foreign Minister Annalena Baerbock said at a joint press conference with Minister of Foreign Affairs of Ukraine Dmytro Kuleba in Kyiv, an Ukrinform correspondent reports. 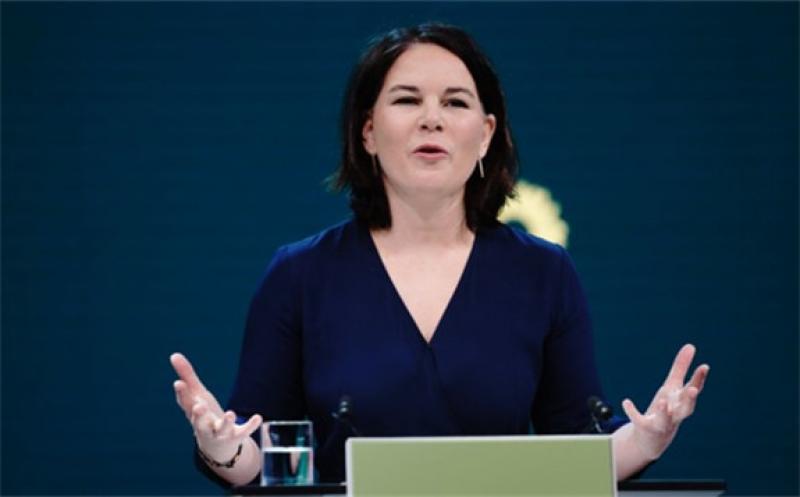 The official added that she intended to meet with Ukrainian officials and hydrogen experts during her current visit.

As noted, the energy cooperation between the two countries is a special, one of the central topics in terms of achieving the Paris climate goals, improving energy efficiency, strengthening energy sovereignty and energy independence. To do this, both countries need massive construction of renewable sources and the use of green hydrogen, the German Foreign Minister noted.

The previous and incumbent governments of Germany, she said, clearly stated that the energy partnership, the energy sovereignty of Europe plays a central role, and the pace of achieving climate goals and independence must be significantly accelerated.

Baerbock did not directly answer questions about the possible suspension of Nord Stream 2 project in case of Russia's aggression against Ukraine, noting only that the aggression would come at a high economic, political and strategic price for the Kremlin.

At the same time, Baerbock stressed, the project has geopolitical complications. Germany will coordinate its position with the United States in accordance with the July 2021 Joint Declaration and take concerted action in the case of aggression.

In August 2020, a bilateral energy partnership between Germany and Ukraine was initiated and formally launched. Recently, the first meeting of the Ukrainian side with Oliver Krischer, the Parliamentary State Secretary at the Federal Ministry for Economic Affairs and Climate Action, took place within the initiative.