13 Jan 2022  by World Nuclear News
The start of operations for the Flamanville 3 EPR reactor in France has been put back, with EDF saying the Covid-19 pandemic had made preparations "more difficult". 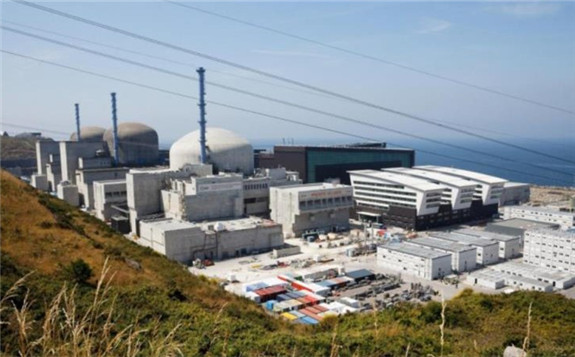 The fuel loading date for the reactor has been switched from late 2022 to the second quarter of 2023, with the estimated cost at completion increased by EUR300 million (USD342 million) to EUR12.7 billion, EDF said in a progress update on Wednesday.

It is the latest in a series of delays to the project in Normandy in northern France, which was originally expected to begin operating commercially in 2013.

EDF said the update was “taking into account the state of progress of the operations and the preparation for start-up in an industrial context made more difficult by the pandemic”.

The company said the work had been completed to repair the penetration welds on the reactor building and it had been deemed compliant by the French Nuclear Safety Authority (Autorité de Sûreté Nucléaire).

EDF said that all the fuel assemblies to be used in the first operating cycle of the reactor were stored in the fuel building, with 90% of the equipment transferred to the teams in charge of the operation.

“Over 55,000 documentary checks and verifications have been carried out on the installations, regarding more than 7000 pieces of equipment,” it added.

There are still a number of operations required before loading the fuel into the reactor vessel and start-up tests.

These include the completion of the weld upgrade of the main secondary circuit and approval of measures taken as a result of inspections carried out on fuel assemblies at the Taishan 1 EPR in China "following the technical issue encountered during its second operating cycle showed mechanical wear of certain assembly components”.

Taishan 1 - a joint venture between China General Nuclear, EDF and Guangdong Energy Group - was the first EPR to enter service but was taken offline in July for maintenance and to replace damaged fuel rods.

EDF said the same issue had been identified in several existing reactors in France and “a solution, already performed on EDF’s operating nuclear fleet, will be instructed with the French Nuclear Safety Authority.”

Unit 3 of the Olkiluoto nuclear power plant in Finland became the first EPR to start up in Europe. The reactor achieved first criticality on 21 December last year and is expected to be connected to the grid by the end of this month.