UK-made steel from the country’s largest producer Tata Steel is playing a role in helping create the world’s largest offshore wind farm. Capable of providing green energy for six million homes in the UK, the Dogger Bank Wind Farm is due to be complete by 2026. The wind farm is being developed in three 1.2 GW phases: Dogger Bank A, B, and C. 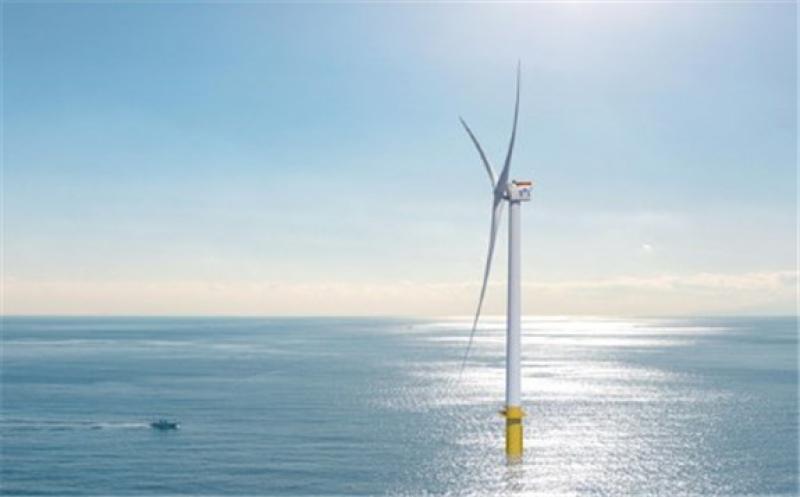 In the first two phases of construction the vast GE Renewable Energy turbines, each one rated at 13 MW – enough to power a home for two days with a single rotation – will sit on foundations featuring Tata Steel products used in safety-critical transitions pieces. These steel structures form the junction between the tower above the surface of the sea and the foundations below the water.

Fabrication companies Sif and Smulders were awarded contracts to provide the wind turbine foundations for the first two phases of Dogger Bank in November 2020, with Dogger Bank C awarded a year later

Steel made in Tata Steel’s Port Talbot plant and processed into hollow sections at the company’s Corby and Hartlepool sites is being fabricated by one of the thousands of contract companies helping to build the first two phases of the wind farm.

Sandip Biswas, Chairman of the Board of Tata Steel UK, said: “We are proud to be able to help support UK jobs and manufacturing through this project.”

Hundreds of tonnes of Tata Steel products, able to endure the harsh North Sea conditions, will be used in the first two phases of the giant wind farm project, which is located 130 km off the North East coast of England.

Sandip added: “Huge amounts of steel will be needed to help the UK achieve its net-zero goals – to build everything from renewable energy and low-CO2 transportation to hydrogen production and distribution.

“At the same time, we have targets for our own decarbonisation as a steelmaker. Our own transition to a decarbonised future will rely on a secure supply of competitively priced renewable energy – whether that be to create hydrogen for future steelmaking or power new low-CO2 furnaces. The more we can help in delivering these landmark projects the better.”

Dogger Bank Wind Farm Project Director Steve Wilson said: “This is another great example of how we’re taking advantage of UK skills and expertise to build the world’s largest offshore wind farm. Our transition pieces are among the largest to be installed on an offshore wind farm, and this UK-manufactured steel will form some of the supporting components.

“Dogger Bank Wind Farm is already creating or supporting more than 3000 jobs in the UK supply chain, and giving companies the chance to work on a pioneering project which will help them become increasingly competitive as the world adapts to produce energy that doesn’t cost the earth.”