The first five of 11 storage tanks will start to arrive today in Puertollano, Spain, for an over 800MW green hydrogen scheme being developed by Iberdrola. 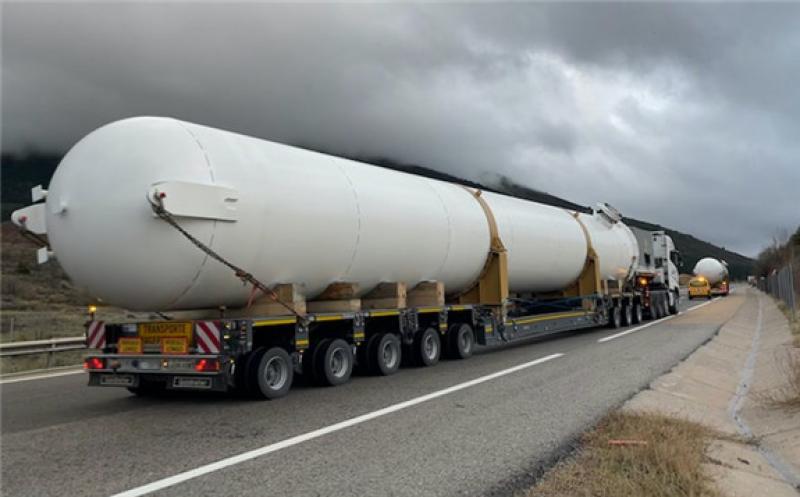 The Puertollano plant will initially consist of a 100MW solar farm, a 20 megawatt-hours lithium-ion battery system and a 20MW electrolytic hydrogen production system.

The tanks are being fabricated in Asturias.

Each unit has a storage capacity of 133 cubic metres or 2700 kilograms of H2 at 60 bars, weighs 77 tonnes empty and measures 23 metres high and 2.8 metres in diameter.

The tanks are made of 47mm steel plate, Iberdrola said.

The green hydrogen produced will be used at Fertiberia's local ammonia plant.

The initiative, which will start with the commissioning of the Puertollano complex, could see the development of three other projects between 2023 and 2027, which would be carried out at the Fertiberia plant in this municipality of Ciudad Real and at the Palos de la Frontera plant in Huelva.

This would raise green hydrogen capacity to 830MW.