Oil prices drifted in a narrow range on Friday, on track to their biggest weekly gain since late August, as the easing concerns over the Omicron coronavirus variant on global growth and fuel demand drove market sentiment. 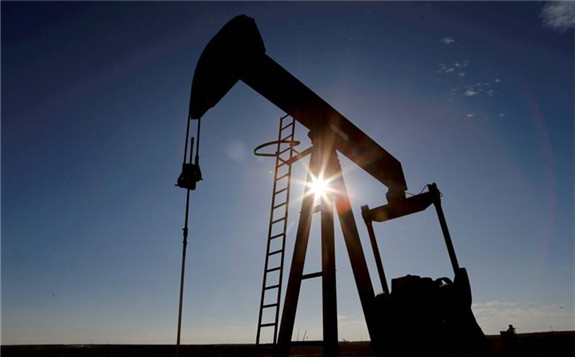 Benchmark Brent and WTI were both on course to rise more than 6 per cent this week, even after a brief profit-taking, their first weekly gain in seven weeks.

US West Texas Intermediate crude futures gained 2 cents, or 0.03 per cent, to $70.96 a barrel at 0419 GMT, after sliding 2 per cent in a volatile session the previous day.

Brent crude futures slipped 6 cents to $74.36 a barrel after falling 1.9 per cent on Thursday.

Earlier in the week, the oil market had recovered about half the losses it suffered since the Omicron outbreak on November 25 as early studies suggest getting three doses of Pfizer's vaccine offers protection against the new variant.

"Fears of Omicron are subsiding ... and appetite for risk is returning," said Howie Lee, an economist from OCBC Bank. He said that because oil was heavily sold off in the past two weeks, there might be bargain hunters attempting to scoop up deals now.

But Mr Lee says that the market is not out of the woods yet and there is still some lingering concern on whether the Omicron variant may push border movement restrictions during the festive season.

Prices are under pressure as China's domestic air traffic, once the world's envy after a fast rebound during the pandemic, is faltering amid a zero-Covid policy that has led to tighter travel rules in Beijing and weaker consumer confidence after repeated small outbreaks.

That reinforced fears of a potential slowdown in China's property sector, as well as the broader economy of the world's biggest oil importer.

In addition, headlines about a Japanese study showing Omicron is more than four times as transmissible as the Delta variant also sparked some selling, Oanda analyst Jeffrey Halley said.

"Oil's had a massive run – it was an excuse for some of the short-term money to lock in some profits," Mr Halley said.

A stronger dollar, rising ahead of US inflation data due later on Friday, also weighed on oil prices. Oil typically falls when the dollar firms as it makes oil more expensive for those holding other currencies.

The inflation figures are expected to lead to a push for a US rate hike as early as March 2022.