Leading automakers Volkswagen, Stellantis, and GM are going to use lithium extracted from geothermal water to produce electric vehicles batteries. The method has a much lower ecological footprint compared to lithium production in salt deserts and mines. 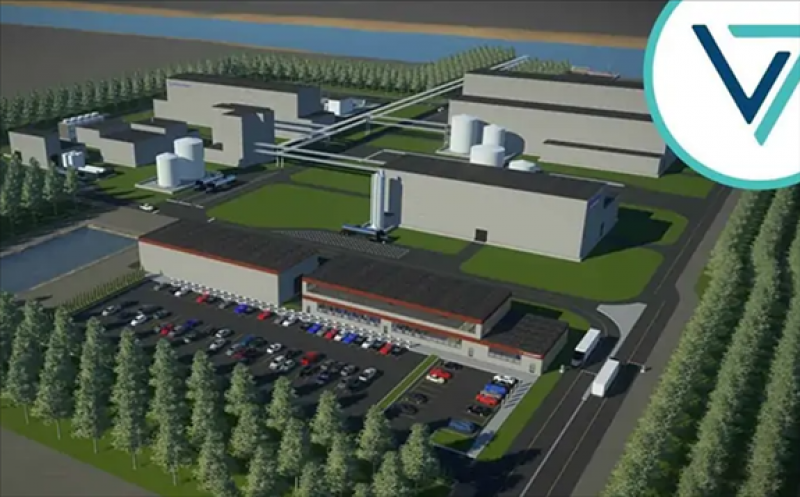 Volkswagen, Stellantis, and General Motors (GM) have signed agreements with lithium producers Controlled Thermal Resource from the United States, and Vulcan Energy Resources from Germany in a push to secure lithium for EVs batteries. They aim to obtain domestic lithium supply in order to break dependence on imports, mostly from China.

Stellantis was created in January in a merger of Fiat Chrysler Automobiles and Groupe PSA.

Of note, Rio Tinto is planning to build a lithium mine and processing plant in Serbia, but it is facing strong opposition by the people.

Technologies for the extraction of lithium from geothermal brine are still in the development phase, but the agreements confirm they are close to becoming cost-effective. The method is integrated with the production of electricity in geothermal power plants, which reduces expenses.

The two countries that have done the most in developing these technologies are Germany and the US. So it is not a surprise that Volkswagen and Stellantis have signed binding agreements with Vulcan Energy Resources from Germany, and GM with Controlled Thermal Resource from the US.

Volkswagen and Vulcan Energy Resources have signed an agreement regarding the supply of CO2-neutral lithium from the Upper Rhine Valley in Germany, VW said on its website.

The contract refers to providing lithium hydroxide over a period of five years starting in 2026.

The product will contribute to meeting Volkswagen’s demand for future in-house cell production both in Germany and Europe, the company said.

According to Vulcan, VW will purchase between 34,000 and 42,000 metric tonnes of battery-grade lithium hydroxide.

VW said Vulcan is developing a project to produce CO2-free lithium in the Upper Rhine Valley using a local and lithium-rich geothermal brine.

“Its Zero Carbon Lithium project aims to establish a sustainable and regional source of lithium from Europe’s largest deposit. The production process does not require fossil fuels or evaporation ponds,” the automaker said.

The agreement between VW and Vulcan was signed yesterday, and a week earlier Stellantis reached a similar deal. Vulcan will supply battery-grade lithium hydroxide in Europe for use in electrified vehicles to the Stellantis Group. The five-year agreement envisages shipments to start in 2026.

It will purchase between 81,000 and 99,000 metric tonnes of battery-grade lithium hydroxide.

In July, the US automaker decided to back the project in California. The Salton Sea in the southern part of the state could supply 600,000 tons of lithium per year, an amount exceeding the current annual consumption of this metal in the entire US. The saline lake is rich in geothermal water.

GM agreed to establish a strategic investment and commercial collaboration with Controlled Thermal Resources to secure local and low-cost lithium, the company said.

The lithium will be produced through a closed-loop, direct extraction process that results in a smaller physical footprint, no production tailing and lower carbon dioxide emissions when compared to traditional processes like pit mining or evaporation ponds.