09 Dec 2021  by World Nuclear News
Teollisuuden Voima Oyj (TVO) has today applied to Finland's Radiation and Nuclear Safety Authority (STUK) for permission to bring the Olkiluoto 3 (OL3) EPR to first criticality and conduct low-power tests. The Finnish utility noted the start up of the unit may be brought forward from the previously announced date of January 2022. 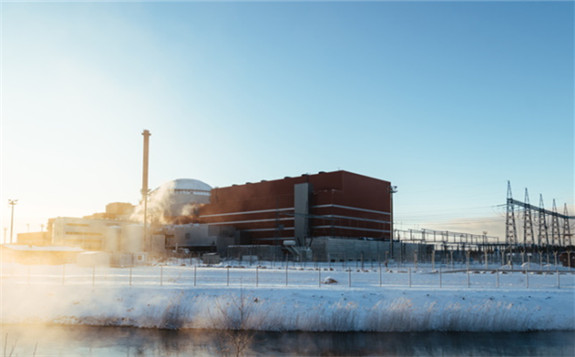 "TVO, together with the plant supplier Areva-Siemens consortium, has established that the OL3 EPR project has progressed faster than previously communicated," the company said. "On this basis, TVO has submitted a permission application for making the reactor critical and conducting low-power tests."

During the low-power tests, the unit will not yet be connected to the national electricity grid.

TVO added: "Once the permission has been granted, TVO will communicate its potential effects on the schedule for starting electricity production."

The Areva-Siemens consortium is constructing the OL3 plant under a fixed-price turnkey contract. They have joint liability for the contractual obligations until the end of the guarantee period of the unit. Construction of Olkiluoto 3 began in 2005. Completion of the reactor was originally scheduled for 2009, but the project has had various delays and setbacks.

In May, TVO reached a consensus with the plant supplier regarding the terms of the Olkiluoto 3 project completion. At that time, it said the OL3 plant was scheduled to be connected to the grid in October this year and to begin regular electricity production in February 2022.

Fuel has already been loaded into the core of OL3. The reactor is now in a commissioning phase during which time TVO has conducted a new series of hot functional tests to verify the plant's systems work correctly. Initial hot functional tests - carried out without nuclear fuel in the reactor - were completed in 2018.