The Hydrogen Stream: ‘China, Chile, Spain and Australia will Lead the Hydrogen Economy’

Four countries on four continents are expected to lead green hydrogen production in the next five years, according to an International Energy Agency (IEA) report. “If planned projects are commissioned by 2026, China, Chile, Spain and Australia could together bring 85% of the additional 18 GW of renewable capacity dedicated to green hydrogen production,” the IEA wrote. That suggests same-continent supply deals will initially drive hydrogen trading, especially in Asia and Europe. Plans for more than 260 GW of electrolyzer capacity had been announced by the end of October. “We estimate that this could bring an additional 475 GW of wind and solar PV capacity, one-third of total installed variable renewables today,” wrote the IEA, adding Europe leads in terms of planned electrolyzer capacity, accounting for around 40% of the total. Lack of demand and competition from fossil-fuel-powered ‘grey' hydrogen could be problematic, however, the report stated. “The mismatch between currently planned projects and the demand for green hydrogen output remains a key uncertainty for future electrolyzer expansion,” wrote the report's authors. “Government policies are currently more focused on decarbonizing hydrogen production than developing demand for new applications.” 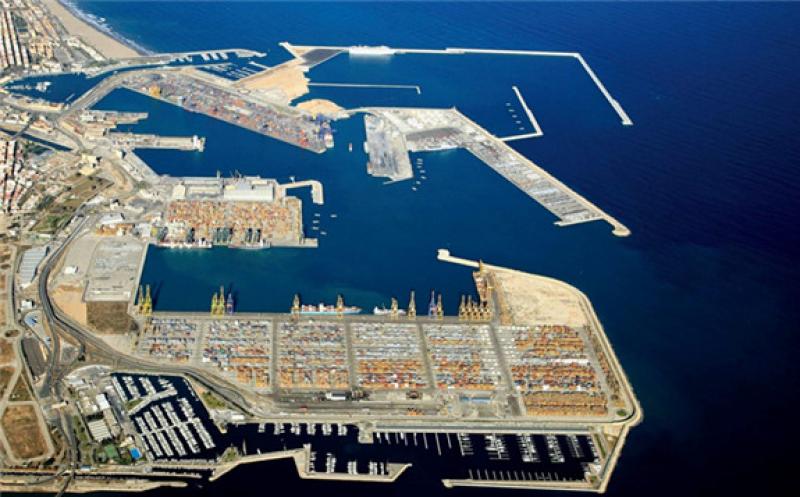 The use of hydrogen at the Port of Valencia, to reduce the environmental impact of machinery in a terminal that operates year-round, will make the site Europe's first port to use the energy carrier for that activity, the port has claimed. The project “has been recognized by different organizations, and which the European Commission has selected as a strategic initiative for the decarbonization of maritime transport,” wrote the port on Thursday, adding it will install a green hydrogen supply station at the beginning of the new year. The mobile station will supply enough hydrogen to guarantee the continuous working cycle of the equipment which is part of the European Commission-backed H2Ports project. Oxford-based power market data company Aurora Energy Research says hydrogen will play a key role in Iberian decarbonization efforts. “There are three key reasons for this,” wrote Aurora last month, “one, the vast potential for renewable energy in Iberia will lead to lower green hydrogen production costs than in other European regions; two, policy efforts seem to be focused on green hydrogen versus other low carbon alternatives, e.g. nuclear or CCS [carbon capture and storage]; and three, the proposed hydrogen targets are highly ambitious, creating valuable opportunities for the industry.”

French automotive supplier Plastic Omnium has said it will continue “its expansion, in the wake of its first commercial successes” in hydrogen mobility. The company wants revenue of €3 billion by 2030. Last month, Plastic Omnium teamed up with U.S.-based automotive development, simulation, and testing company AVL for the development of high and medium-power hydrogen systems. “The new partnership will enable Plastic Omnium to accelerate the commercial roll-out, as of 2022, of a range of high-performance, cost-effective hydrogen systems for use in all categories of vehicles,” read a press release published in late November.

Saudi state-owned energy company Aramco has signed five agreements with French businesses, including a commitment to explore a hydrogen-powered vehicle business with zero-emission transport company Gaussin. Aramco and Gaussin wants to establish a manufacturing facility for hydrogen-powered vehicles in Saudi Arabia. As a first step, the partners will study the feasibility of a factory and a hydrogen distribution business to serve the Middle East. “This partnership is a continuation of Aramco’s long-standing relationship with a number of leading French companies,” said the energy company's CEO Amin H. Nasser. “It represents an opportunity to promote hydrogen as a low-carbon solution, not just for motorsport but eventually for mass transportation as well.” The Saudi energy giant is diversifying its business but this week signed a $15.5 billion (€13.8 billion) ‘lease and leaseback deal' for its gas pipe network, with a consortium led by U.S.-owned BlackRock Real Assets and the Saudi state-owned Hassana Investment Company buying a 49% stake in a new Aramco subsidiary which will lease usage of the pipes, including to its parent company.

Norwegian thermoplastic composite pipe producer Strohm has signed a memorandum of understanding with German-Spanish offshore wind business Siemens Gamesa Renewable Energy. “The collaboration will focus on developing hydrogen transfer solutions that improve the decentralized green hydrogen concept, whereby green hydrogen is generated in each wind turbine generator and transported to shore by a subsea pipe infrastructure,” Strohm said today. “In this concept, power cables are replaced by a pipe infrastructure, storing and transferring hydrogen.” Strohm last month teamed up with Norwegian engineer Seanovent to work on offshore wind-to-hydrogen development. Siemens Gamesa is looking at opportunities in Scandinavia and last month struck a 455 MW deal with Swedish developer OX2 “for what will be Finland’s largest ever wind farm.”

South Korea's Korea Gas Corp (Kogas), one of the biggest liquefied natural gas (LNG) buyers in the world, will invest in hydrogen production and facilities while acquiring under-evaluated LNG assets, according to Kogas President Lee-Bong Chae. “For economical hydrogen production and supply, we will continue to build various types of hydrogen production plants and hydrogen refueling infrastructure, as well as actively pursu[ing] green hydrogen business overseas for hydrogen take-off,” said the executive. “In addition, we will make very substantial R&D investments, in the form of strategic alliances with leading companies, joint R&D, and M&As [mergers and acquisitions].” According to U.S.-based financial data company S&P Global, state-controlled Kogas – which is expected to produce 1.04 million tons of hydrogen per year by 2030 – will finish its first hydrogen production plant by March 2023. The company wants to produce the energy carrier through steam reformation.