Opec and its allies will stay the course and bring 400,000 barrels per day of crude to the market in January despite the release of Strategic Petroleum Reserves by the US and other major oil-consuming nations and concerns that Omicron variant of the coronavirus could weigh on oil demand growth. 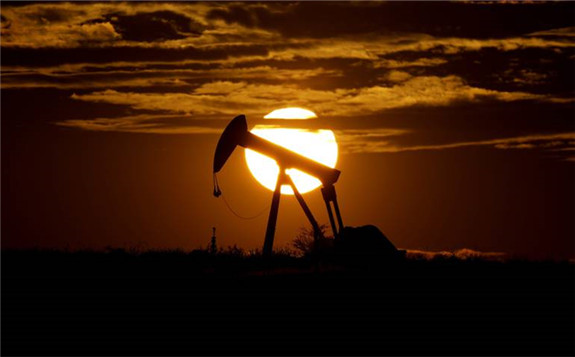 The Opec+ group of oil producers, led by Saudi Arabia and Russia, said members agreed to go ahead with the “production adjustment plan and the monthly production adjustment mechanism” and bring the scheduled supply to the market, according to a statement at the end of deliberations on Thursday.

The group will meet again on January 4 to assess the market situation when there is more clarity on the Omicron variant and its impact on oil demand growth.

The communique by the group said its meeting "shall remain in session pending further developments of the pandemic" and it will “continue to monitor the market closely and make immediate adjustments if required”.

“The meeting reaffirmed the continued commitment of the participating countries in the Declaration of Cooperation to ensure a stable and balanced oil market,” the producer group said.

Opec+, which enforced historic production cuts last year to counter the pandemic-induced fall in energy demand, has played a key role in stabilising oil markets so far by gradually increasing supply to the market. The group had agreed to increase output by 400,000 bpd in January. It is bringing a total supply of 2 million bpd back to markets by the end of the year.

Market analysts had widely expected Opec+ to pause production increase in January. Brent, the global benchmark for two thirds of the world's oil, gave up early gains and fell 1.66 per cent to $67.73 per barrel after the announcement. West Texas Intermediate, the gauge which tracks US crude, dropped 1.72 per cent to $64.44 a barrel at 6.56pm UAE time on Thursday.

“We must admit we were expecting Opec+ to decide to delay the production increase for January and opt instead to hold production unchanged due to the new variant,” Giovanni Staunovo, an analyst at UBS Group in Zurich, said in a note.

“Earlier this year, the group chose to err on the side of caution regarding oil production polices. That said, we and market participants still don’t know much about the new variant, for example, the impact on vaccine protection. Opec+ appears to have decided to stick to its plan and increase production, given falling oil inventories still indicate the market remains undersupplied.”

The Opec+ ministerial meeting has taken place amid increased volatility in crude prices, stoked by co-ordinated SPR release and the outbreak of the more infectious Omicron Covid-19 variant. Concerns that current Covid-19 vaccines may not be effective against the newest strain of the coronavirus have rung alarm bells for demand growth for oil amid uneven global economic recovery.

Crude prices have dropped from about $86 per barrel high achieved in October to current level in the past few weeks.

The full extent of the Omicron impact on the global economy and its subsequent implications for oil demand have yet to be assessed fully, but it has forced a number of countries to impose travel restrictions to contain its spread.

India, one of the top consumers of oil, has postponed the resumption of international flights from December 15. The EU, US, UK and Canada have all imposed travel restrictions on visitors from countries in southern Africa.

“Given the large-scale uncertainties at the current juncture, we await further developments on Omicron’s developments and additional mobility restrictions that may be imposed before refreshing our supply and demand models as well as our oil price forecasts,” Japanese lender MUFG said in a report.

In the past, “variants of concern” have arisen without significant impacts, and so far the Omicron outbreak has occurred in countries with low vaccination rates.

“Thus, it is not evident that global oil markets is faced with a game-changing point in this latest Covid-19 variant that would derail the still acute market deficit – our models forecast a 1.8 million bpd shortfall in Q4 2021 and only narrowing to 1 million bpd in Q1 2022, before switching to a 200,000 bpd oversupply in Q2 2022.”

However, Rystad Energy estimated that the Omicron variant could cost the global oil market as much as 2.9 million bpd of demand in the first quarter of 2022, bringing total expected demand down from 98.6 million bpd to 95.7 million bpd, if it triggers more lockdowns or restrictions.

“If the variant spreads rapidly, causing a rise in Covid cases and the reintroduction of lockdowns … oil demand could fall from an expected 99.1 million bpd to 97.8 million bpd in December 2021 alone – a drop of 1.3 million bpd,” Rystad said in a report on Thursday.

Last week, US President Joe Biden announced that he has ordered 50 million barrels of oil to be released from its SPR to help bring down energy costs, in unison with other major energy consuming nations, including China, India and the UK.

The SPRs are emergency stockpiles to preserve access to oil in case of natural disasters, national security issues and other events.

The planned release of oil from strategic reserves “reinforces the necessity of diligent market monitoring to avoid a return to market imbalance”, Diamantino Azevedo, Angola's minister of mineral resources and petroleum, said at the opening session of the producers’ group meeting on Wednesday.

However, despite the co-ordinated release of 70 million to 80 million barrels into the market, MUFG remains bullish on oil and maintained its Brent forecast at $85 per barrel and WTI at $82 per barrel by the year-end and expects prices to tapper as market enters a mild surplus next year.

However, JPMorgan expects Brent to likely "overshoot" $125 a barrel next year and $150 in 2023, in large part due to Opec's spare capacity being below market expectations, which impedes its ability to respond to high oil prices.

Underinvestment in the sector over the past 18 months caused by the coronavirus pandemic has hit the output capacity of many producer countries and their ability to respond to recovering oil demand, America's largest lender said in a report this week.

“For at least the next three to four years, the ability of Opec+ to respond to recovering oil demand is challenged,” Christyan Malek, JPMorgan's head of oil and gas research, and other analysts said in the report.