Cambodia and Laos have agreed to strengthen cooperation in the energy sector as Cambodia currently imports renewable energy from Laos. 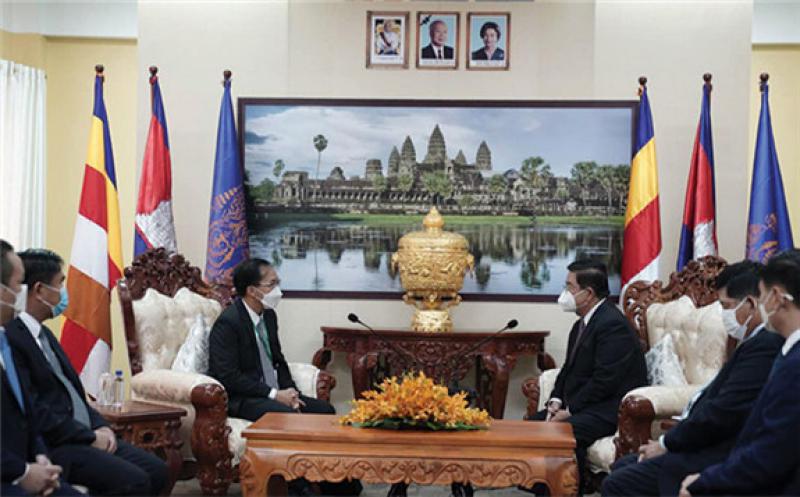 The agreement was made in a meeting between Mines Minister Suy Sem and his Lao counterpart Daovong Phonekeo in Phnom Penh yesterday.

A ministry statement said that in the meeting, the two sides discussed strengthening and expanding cooperation in the energy sector, both technical and commercial frameworks.

Sem briefed his guest about the energy development in Cambodia, citing that presently, Cambodia has power capacity of nearly 4,000 mW from local sources and imports.

“For Cambodia’s stand in the energy sector related to global climate issues, Cambodia has increased the use of renewable energy and other energy sources that are not harmful to the environment. Cambodia does not allow the development harmful projects, including coal-fired power plants, anymore,” he said.

In addition to the projects approved by the government since 2019, Cambodia has switched to using low-carbon energy sources such as imported natural gas, LNG or hydrogen instead, in which the ministry continues to encourage investment in clean energy and response to climate change.

Daovong lauded Cambodia’s energy development and asked Cambodia to share its experience on management and development in the energy sector, the ministry’s statement said.

“The two sides agreed to further strengthen and expand cooperation in the energy sector, both technical and commercial frameworks, and exchange study visits for the two countries’ hydropower projects, Don Sahong and Lower Sesan 2 hydropower in the future,” it read.

According to Keo Ratanak, director general of Electricity of Cambodia (EDC), power imported from Laos’ hydropower dams contributes to the increase of renewable energy in Cambodia.

In a separate meeting yesterday, Sem also held a talk with Alissar Chaker, country director of the UNDP, who pledged to seek assistance projects and mobilise financial assistance from other development partners for the development of Cambodia’s energy sector, especially focusing on energy efficiency projects and combating climate change.