RenewableUK is setting up a new working group of industry leaders to help to ramp up the roll-out of green hydrogen as a clean fuel for sectors which have proved difficult to decarbonise so far, such as shipping and heavy industry. 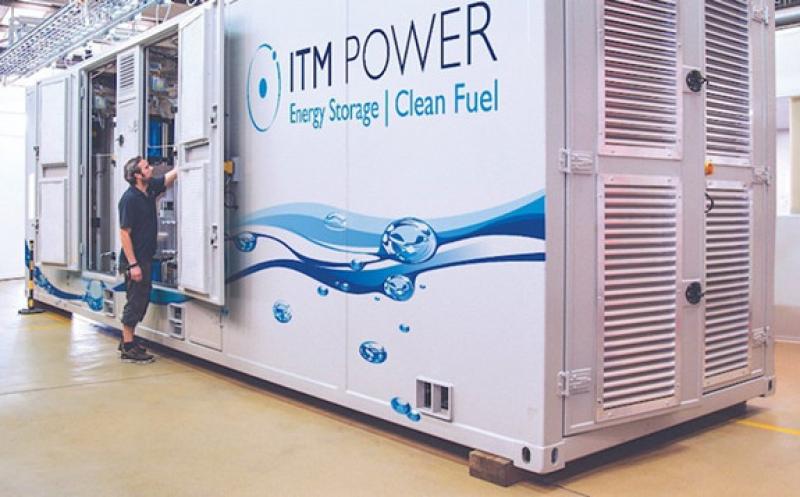 The Green Hydrogen Working Group will meet for the first time on 29 November, aiming to accelerate progress on deployment.

It includes industry experts from companies, such as electrolyser manufacturer ITM Power in Sheffield.
ITM Power chief executive Graham Cooley said: “By addressing green hydrogen in a coherent manner, the government can advance decarbonisation across the energy system and create new jobs in the renewables and manufacturing sectors.

“This requires considering the production-and-use of green hydrogen and implementing policies to incentivise its adoption.

“ITM Power therefore welcomes this RenewableUK initiative to encourage the UK government and policymakers to place a clear focus on green hydrogen”.

The move to set up the working group follows R-UK's response to the government’s consultations on low carbon hydrogen.

Some of the vast amounts of electricity produced by wind and solar can be used to generate green hydrogen which can be to be stored and used whenever it’s needed, providing flexibility and security to our modern clean energy system, R-UK said.

It renewed its call for Ministers to set a target of 5GW of electrolyser capacity to produce green hydrogen by 2030.

To support this, the UK should establish an ambitious certification scheme that clearly distinguishes between green hydrogen generated from clean sources and blue hydrogen produced using fossil fuels with carbon capture, the trade group said.

“This would ensure that the significant premium of green hydrogen being emissions-free is not lost, as well as helping project owners and their customers show their commitment to clean energy,” R-UK said.

It added that the right level of government support is vital to ensure we make swift progress.

R-UK is therefore calling on BEIS to introduce separate schemes of funding in its business models and its Net Zero Hydrogen Fund.

The initial allocation of contracts should be awarded through one-to-one negotiations with projects owners, particularly those building smaller hydrogen projects, typically 20MW, as they may have limited resources and experience compared to developers of larger blue projects up to 500MW that already have multiple routes to funding available.

“Maintaining separate pots of funding for emerging technologies has worked well for other parts of the energy sector, and it would be appropriate here too. Contracts should last for 20 years, rather than the 15 years proposed by BEIS, to cover the full lifetime of electrolysers and maximise certainty for investors,” R-UK said.

R-UK director of future electricity systems Barnaby Wharton said: “We’re calling for a clear road map from Ministers which ensures we seize the opportunities offered by green hydrogen to help get us to net zero faster.

“To achieve this, we need a low carbon hydrogen certification scheme in place to provide clarity for developers and choice for consumers.

“This will help to kickstart a major new industry in the UK, putting us in pole position to ramp up to 5GW of green hydrogen production by 2030.

“We all know how volatile international gas prices can be, so basing the reference price of hydrogen on the cost of natural gas is inappropriate as a business model; that must change.

“Separate pots of funding are vital to ensure that green hydrogen is given every opportunity to flourish, so that it can decarbonise hard-to reach sectors as well as creating jobs and economic growth across the country.

“We need to focus on the over-riding imperative of decarbonising our entire energy system.”