Shell Plans to Open New Hydrogen Refuelling Sites in Europe, China and the US

Global energy giant Shell plans to open a number of hydrogen refuelling sites in Europe, the US and China as demand for clean fuel increases amid growing concern on climate change. 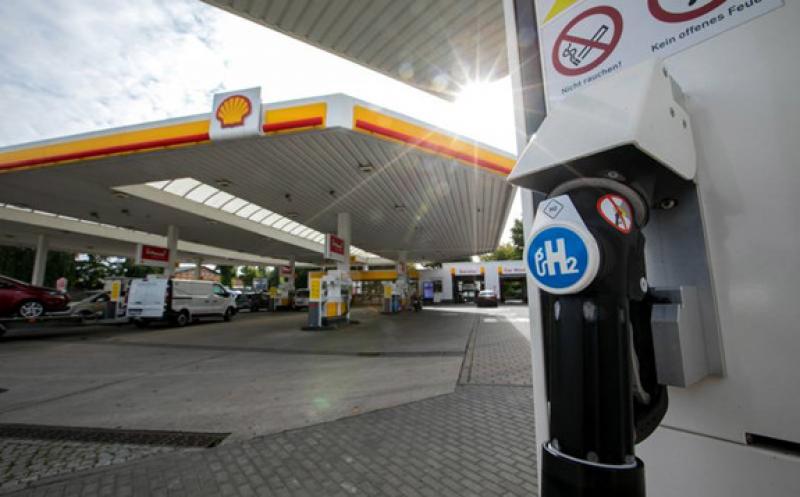 The company is building hydrogen refuelling sites in China, Netherlands, Germany and in California, Paul Bogers, vice president for Hydrogen at Shell, told The National in an interview on the sidelines of Abu Dhabi International Petroleum Exhibition and Conference.

“In Europe, there is currently the green deal package that states that every 150 kilometres there should be a hydrogen refuelling site along the main routes. Similar plans are under way on the West Coast of the US and some other parts of the world. If that happens, the number of sites are really going to increase,” Mr Bogers said.

“In California, we are building 50 sites. The demand there is much higher with Toyota, Hyundai and Honda vehicles coming into the market. China should be starting next year,” Mr Bogers said. “We believe we need to get into thousands of sites by the end of the decade.”

The company currently owns 100 sites in Europe and sales at every site have “doubled” year-on-year on the back of higher demand from cars and lorries, he said.

“We see new kinds of applications in hydrogen lorries coming up in the market with products from traditional manufacturers as well as start-ups. Hyundai and Toyota are supplying fuel cell technology to other lorry manufacturers” to help push demand higher.

Shell is currently building projects to boost the production of green hydrogen. It just started a 10-megawatt unit in Rheinland in Germany, which is the “biggest of its kind in Europe”.

Other projects include a 20-megawatt plant in China as well as in Rotterdam (200 megawatts) and a project in Hamburg with a capacity of 100-megawatt production.

Mr Bogers expects more hydrogen refuelling sites across the world as governments focus on reducing emissions to protect the environment.

Europe and the US aim to achieve carbon neutrality by 2050, while India, one of the top polluters in the world, is looking to reach the target by 2070. The UAE and Saudi Arabia aim to become carbon neutral by 2050 and 2060, respectively.

“In Europe, there is currently the green deal package that states that every 150 kilometres there should be a hydrogen refuelling site along the main routes. Similar plans are under way on the West Coast of the US and some other parts of the world. If that happens, the number of sites are really going to increase,” Mr Bogers said.

Globally, the size of the hydrogen industry is expected to hit $183 billion by 2023, up from $129bn in 2017, according to Fitch Solutions. French investment bank Natixis estimates that investment in hydrogen will exceed $300bn by 2030.

Hydrogen has an important role to play in the energy transition but the cost of production has to be brought down, he said.

“There is still a big gap between the cost of green hydrogen and what the customer is willing to pay and that gap needs to be filled with the government support and other initiatives.”

The Middle East, especially the UAE, has great potential in hydrogen production due to abundant gas reserves as well as renewables, according to Mr Bogers.

The UAE has been drawing up a comprehensive road map to position itself as an exporter of hydrogen and tap into the clean fuel’s potential.

In January, Adnoc, Mubadala and ADQ formed an alliance to develop a hydrogen economy in the country, focusing on low-carbon green and blue hydrogen as part of the Emirates' continued energy diversification efforts.

Adnoc is also going into partnership with Taqa to form global renewable energy and green hydrogen venture that will have a generating capacity of 30 gigawatts by 2030.