Hydrogen energy is a potential game changer in the search for practical renewable power. The ability to convert water, the most abundant resource on Earth, into a clean energy source is the stuff of dreams. 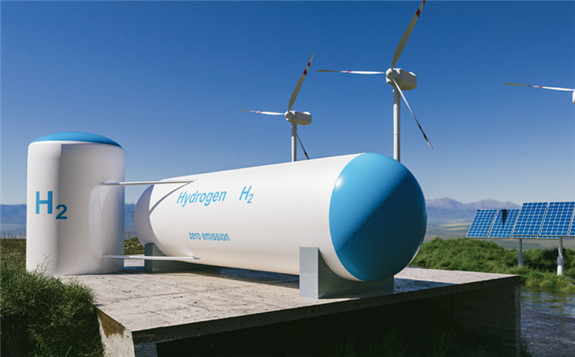 The field has promising applications already in powering vehicles, with the majority of research and development taking place in China. The country has a strong track record of making other green technologies, such as solar power, more accessible, with many hoping that the same will be true for hydrogen.

Wind and solar are the A-list celebrities of the renewable energy world. The average member of the public would be able to explain, roughly, how solar panels or wind turbines create electricity; however, the same cannot be said for hydrogen derived from water electrolysis.

A dark horse in the fight against climate change, the element is gradually playing a greater role. Studies from the International Energy Agency show that in the last decade, hydrogen fuel production has increased nearly tenfold, to 0.36 million tonnes. This is a significant amount considering how light the gas is: it was, after all, used to float airships in the 20th century.

But more needs to be done to develop hydrogen infrastructure and reduce costs to the point where mainstream adoption takes place. Currently, a hydrogen-powered car is four times more expensive to run than conventional petrol counterparts.

Keen to lead by example, China was the first country in the world to create a hydrogen-fueled tram capable of carrying several hundred passengers, a feat actively being replicated around the world. In Guangdong province, such modes of public transport are now a common sight.

In the past three years, China has also built several dozen new hydrogen refueling stations, no mean feat considering the fact that storing the gas under such high pressures has been one of the main technical barriers towards progress. More recently, hydrogen-powered planes have also completed successful flights within the country, promising news for the carbon emission-heavy airline industry.

The blueprint of China's success with solar energy must be followed if progress is to be made with hydrogen. The country has increased solar capacity by as much as 50 times since 2012, growth that has been in tandem with decreasing production costs. These have fallen by around one dollar per watt, making China one of the most solar-friendly countries in the world. Likewise, hydrogen costs are expected to halve by 2050, meaning that by that point, facilities for refueling, storage and production will all become commonplace.

Both government and private support will be invaluable in the uptake of hydrogen derived from the clean method of water electrolysis. Fresh from the recent COP26, the United Nations Climate Change Conference held in Glasgow, Scotland, many nations, including China, will enter climate change commitments with a new resolve. Governments hungry for inspiration will be keen to look toward areas in which such collaborations can find success first.

Beijing has a strong track record of applying innovative regulation with a private sector motivated by business opportunity. This combined catalyst is being replicated around the world, with a $5 billion hydrogen plant in Saudi Arabia under construction, in collaboration with United States gas giant Air Products and Chemicals.

Germany is also working with private innovators to increase the efficiency of hydrogen fuel storage, with the nation currently boasting the potential to store 37 million cubic meters of the gas.

When it comes to climate change, scientific victories know no borders, and a technical achievement in one country will directly benefit everyone.