Australian energy producer Woodside has secured land for its proposed H2TAS hydrogen plant, marking another step forward in the company’s plans for large scale production of renewable hydrogen and ammonia. 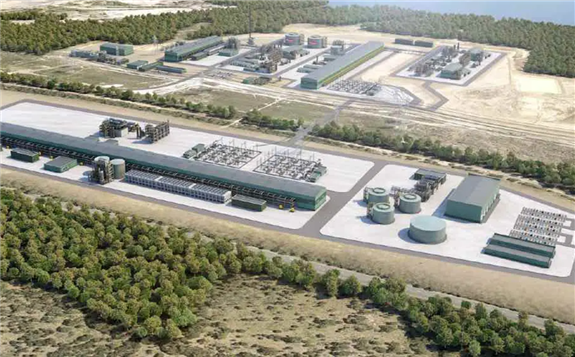 The land is a partially cleared site in the Austrak Business Park (Long Reach), in the Bell Bay area of northern Tasmania, Australia. Woodside and Austrak have agreed an exclusive option for a long-term lease.

H2TAS is a phased development with the potential to support up to 1.7 GW of electrolysis for hydrogen and ammonia production. The initial phase would have capacity of up to 300 MW and target production of 200 000 tpy of ammonia, matched to forecast customer demand. H2TAS would use a combination of hydropower and wind power to create a 100% renewable ammonia product for export as well as renewable hydrogen for domestic use.

In January 2021, Woodside signed a Memorandum of Understanding with the State of Tasmania, which outlined the Tasmanian Government’s support for the H2TAS Project. The State recognises the value of developing a hydrogen hub in the Bell Bay area that capitalises on Tasmania’s advantage in renewable energy generation.

Woodside announced in May 2021 a project consortium under a Heads of Agreement with Japanese companies Marubeni Corporation and IHI Corporation. The parties have completed initial feasibility studies and concluded that it is technically and commercially feasible to export ammonia to Japan from the Bell Bay area.

“H2TAS is already garnering interest from existing and prospective Woodside customers in Asia and Europe.

“Combined with our landmark H2Perth project announced last month, H2TAS will help to position Australia as a global leader in this emerging industry.

“Importantly, this project would also create local construction and operational jobs and new opportunities for Tasmanian businesses,” she said.

Woodside is targeting a final investment decision in 2023, with construction and commissioning expected to take approximately 24 months.