18 Nov 2021  by World Nuclear News
A collaboration with Armenia has extended the service life of the country's only nuclear power plant, Metsamor, to 2026, said Russia's state nuclear company, Rosatom. "I am proud that we are participating in a project that helped make the Armenian nuclear power plant safer and more efficient," said Rosatom head Alexey Likhachev, attending a ceremony at the plant. 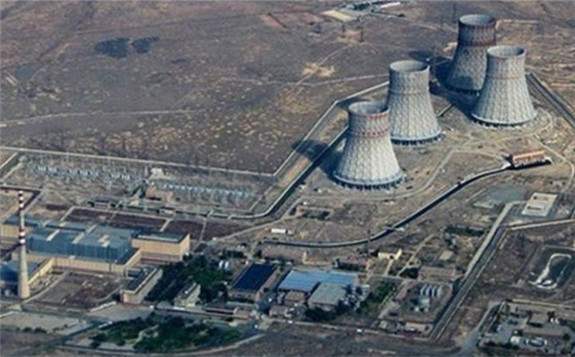 Likhachev said there had been "a huge amount of work on replacement and modernisation of equipment" and that now Metsamor 2 "meets the most modern international requirements."

Also present at Metsamor was Gnel Sanosyan, Armenia's Minister of Territorial Administration and Infrastructure. He stressed that Metsamor "plays a decisive role in ensuring energy security and independence in our country," adding that "this large-scale project can be called without exaggeration one of the most important in Armenia."

"We are not going to stop there," said Sanosyan, "and set ourselves new goals to extend the life of the station after 2026 for 10 years and further develop the industry - the construction of a new nuclear power plant."

Armenia has long been in discussions with Russia about replacing Metsamor, which comprises two Russian-built 376 MWe VVER reactors which started operating in 1976 and 1980, respectively. Both units were taken off line in 1988 due to safety concerns regarding seismic vulnerability. Unit 2 was restarted in 1995, and accounts for some 39% of total electricity generation in the country.

In October, Armenia's Prime Minister Nikol Pashiyan said that negotiations were already underway towards a nuclear power plant to support a new copper smelter at Zangezur. This project is led by Roman Trotsenko, a businessman who has recently taken over the Zangezur Copper and Molybdenum Combine.