The No.2 reactor of the Shidaowan nuclear power plant in East China's Shandong Province, which is the world's first high-temperature gas-cooled reactor (HTGR) nuclear plant using a pebble-bed module, has reached the critical stage of success, according to reports. 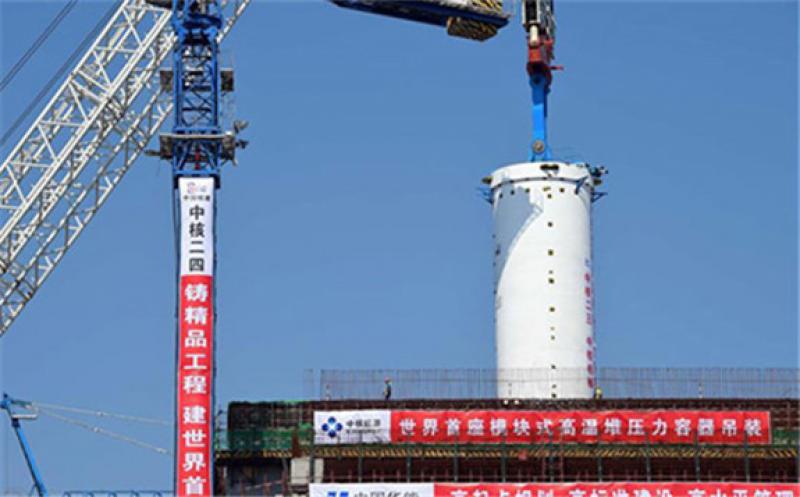 Both the No.1 and No.2 reactors have reached planned normal operating conditions. The No.1 reactor is heading to the first connection with the power grid after it reached the critical stage in September, said China Huaneng Group Co, the operator of the plant.

The Shidaowan plant is also the world's first commercial use of HTGR nuclear power technology, which is considered a relatively safe technology among the world's latest fourth-generation nuclear reactors.

China's nuclear power technology is leading the world, and this project in Shidaowan is the first in the world and also the only one in practice in China, Lin Boqiang, director of the China Center for Energy Economics Research at Xiamen University, told the Global Times on Sunday.

The No.1 reactor has completed the necessary tests and is proceeding with subsequent loading, said Huaneng Group, adding that the No.2 reactor will follow the test path of the No.1 reactor, which is scheduled to carry out subsequent tests.

Lin noted that the technology has potential for exports, but the specific operation or export situation will depend on whether the domestic project can achieve stable operations and offer proper cost control, adding that the development of its commercial use is also a decisive factor.

Lin emphasized that the same criteria are also applied to China's imports of advanced global technologies.

Construction of the plant started in 2012 in Rongcheng, Shandong, with an installed capacity of 200,000 kilowatts, according to Huaneng.

The project has wide-ranging prospects for commercial application in technologies such as nuclear power generation, and it is an important path to optimize China's energy structure, ensure energy supply security and achieve the country's carbon neutrality goal by 2060.