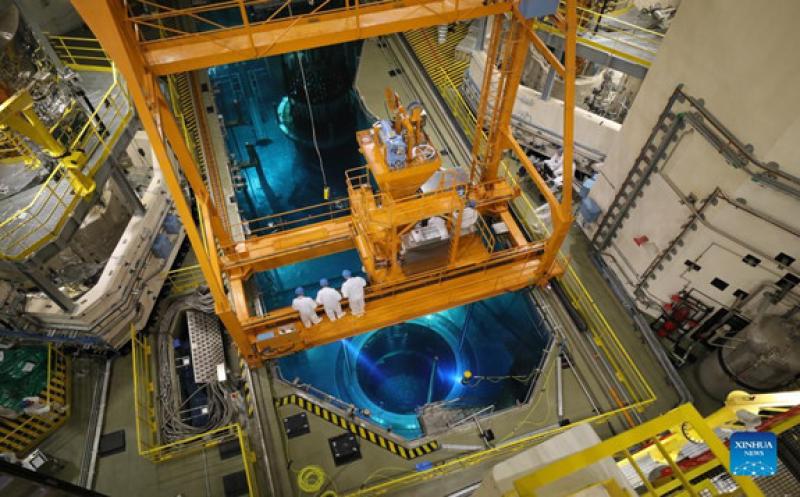 The loading started on Saturday at the No. 6 nuclear power unit in the city of Fuqing, in east China's Fujian Province, bringing the unit one step closer to operation, according to the China National Nuclear Corporation (CNNC).

Boasting 716 national patents and 65 international ones, over 200 overseas trademarks, and 125 software copyrights, Hualong One is China's homegrown model of the safer and more efficient third-generation reactor. The Hualong One reactor has a design life of 60 years and meets the strictest safety standards in the world.

The first nuclear power unit using Hualong One, the No. 5 unit in Fuqing, began generating electricity for sale in late January. To date, it has generated more than 7 billion kWh of electricity.

So far, there are eight nuclear power units with Hualong One technology being built or in operation in the world, according to CNNC.