Croatia intends to lower carbon emissions by 45% by 2030, Prime Minister Andrej Plenković said at the COP26 in Glasgow and revealed a plan to abandon the use of coal in 2033, but also to make efforts to achieve the goal sooner than that. 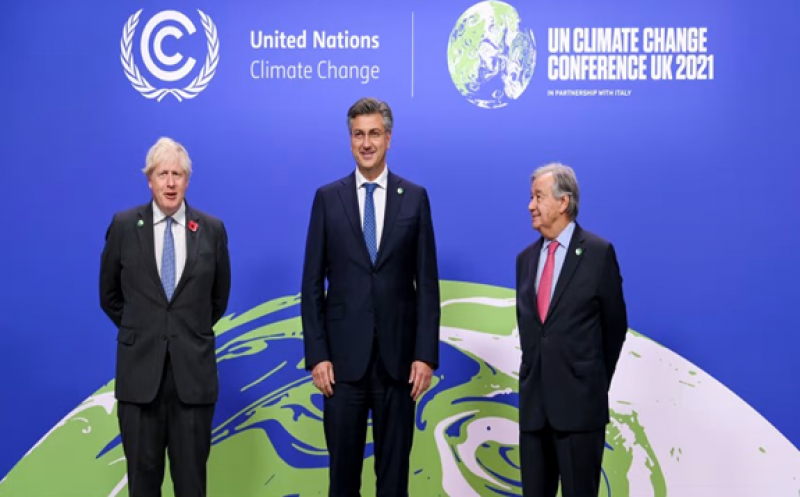 Croatia scheduled a coal exit by 2033, matching Slovenia’s still unofficial plan. The move leaves Bosnia and Herzegovina, Serbia, Kosovo* and Turkey as the only countries in Southeastern Europe without any deadline.

Prime Minister Andrej Plenković revealed the decision in a speech at the United Nations Climate Change Conference COP26 in Glasgow and stressed the government would “push to do it even earlier.” He also said his country would cut greenhouse gas emissions by 45% from the 1990 levels by 2030, arguing the target is “highly aspiring” for Croatia. The European Union aims for a 55% decrease.

One million trees per year
Croatia will protect 30% of the part of the Adriatic Sea under its jurisdiction and plant an additional one million trees per year, according to Plenković, who cited the need to offset emissions from tourism. In his words, climate change will irreversibly deteriorate the quality of life, but ambitious actions can mitigate the effect.

Croatia is targeting a 39% share of renewables in final energy consumption in 2030, compared to the EU’s 32% goal

The prime minister noted Croatia has the fourth-lowest carbon footprint per capita in the EU, at 70% of the bloc’s average, and that 38% of its land is under protection. The rate of carbon absorption per inhabitant is two times higher than the EU average, Plenković underscored.

Croatia is targeting a 39% share of renewables in final energy consumption in 2030, against the EU’s 32% goal, the head of government said. “We must all bear our share of responsibility. Fighting climate change requires challenging adaptation and enormous efforts by economies and societies worldwide. The cost of not doing so will be immeasurably greater,” Plenković stated.

Croatia has only one coal plant

The country has only one coal-fired thermal power plant – Plomin 2 or Plomin B. Its capacity is 217 MW. It was supposed to work until 2040, but Plenković now confirmed state-owned power utility HEP Group should make plans for earlier closure. Environmentalists protested earlier this year against plans to rehabilitate the defunct Plomin 1.

Plomin 2, built in 2000 in Istria, includes a desulfurization unit and a facility for the removal of nitrogen oxides from flue gas. The domestic media learned of plans to switch it to biomass. There is also speculation that a new unit could be built and connected to the liquefied natural gas (LNG) terminal in the nearby island of Krk.

A total of 16 European countries are now coal free, or have official coal phaseout dates until 2030. A further five including Croatia have coal phaseout dates after 2030, Europe Beyond Coal said. Greenpeace urged the government to push the deadline forward to at least 2030 and not to replace coal with fossil gas or nuclear energy.