Hydrogen refuelling infrastructure in New Zealand will receive a significant boost next year (2022), with Haskel Hydrogen Systems and Hiringa Refuelling committing to the roll-out of multiple stations, in a move which they say will “kickstart” the hydrogen transport industry across the country.
The hydrogen-focused firms on Tuesday (Nov 2) signed a long-term agreement that could ultimately see 24 hydrogen fuelling sites operational in New Zealand in the not-so-distant future, supporting the country’s evolving fuel cell vehicle fleet. 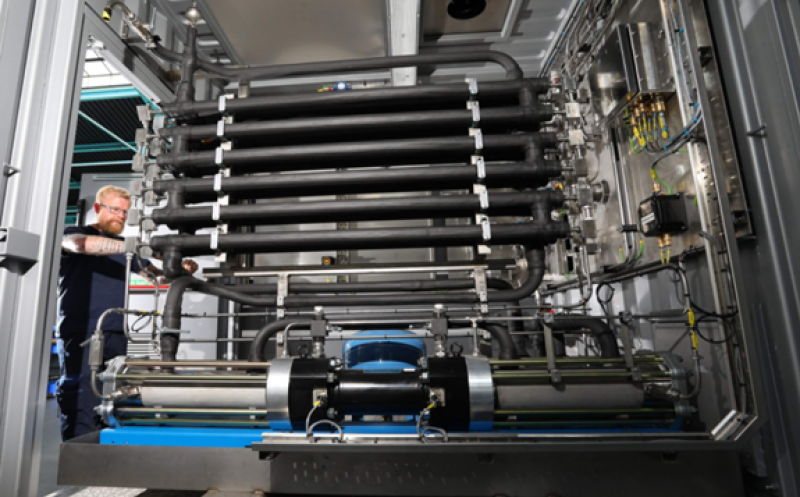 To achieve this double-digit rollout, Haskel and Hiringa have committed to opening the first four stations in the North Island next year to support major heavy freight route. Then, the network will expand into the South Island, and so on throughout the next four-five years.

“These stations will form part of a nationwide refuelling network, shifting the heavy transport sector towards decarbonisation. The initial stations have been strategically selected to provide coverage for the major heavy freight routes in the North Island.

“The network will expand into the South Island through 20223, providing full coverage of all New Zealand’s heavy freight routes. As demand for zero-emission transport grows, over 24 Hiringa high-capacity refuelling stations are planned to come online across New Zealand in the next four to five years to support a growing fleet of vehicles.”

To ensure each location offers the high-capacity refuelling needs, Haskel will provide its hydrogen compression system, which is capable of refuelling both bases and trucks with up to 350bar working pressure. This, paired with Hiringa’s expertise, is believed to produce the ultimate refuelling experience.

“Haskel has been a world leader in high-pressure compression technology for 75 years, ubiquitous in the energy sector and synonymous with safety and reliability,” Learney continued. “Hiringa and Haskel worked tirelessly to come up with a technology solution which perfectly met New Zealand’s specific market requirements.”

As H2 View heard in a column from John Edgley, ANZ Managing Director at Hyzon Motors, back in August, in Oceania, per capita CO2 emissions from transport are more than twice the global average. And, focusing specifically on freight transportation, this number from 28% between 2010 and 2015.

Taking the above into consideration, it is clear that moves need to be made – and hopefully this new partnership will be one of the catalysts in New Zealand. Speaking on his beliefs in hydrogen, Learney continued, “Hydrogen in the heavy transport sector is effectively a no-compromise, zero-emission solution.

“It’s a close to business as usual for transport operators as you can get. While we believe that the future will include a mixture of synthetic liquid fuels, battery electric vehicles and fuel cell electric vehicles, it is the hydrogen powertrain which is looking like the frontrunner globally for heavy transport.

“The installation of these first four stations will effectively kickstart the hydrogen transport for the transport industry in New Zealand. While the main focus of Hiringa’s business is line haul transport, each station in essence becomes a kernel from which hydrogen ecosystems can grow, such as buses, materials handling and industrial heat and power applications.”