The Board of Management of the UAE's Federal Authority for Nuclear Regulation (FANR) today approved a licence for Nawah Energy Company to conduct regulated activities at unit 3 of the Barakah nuclear power plant. These include the possession, handling, storage and transfer of nuclear material. Barakah 3 is scheduled to start up next year. 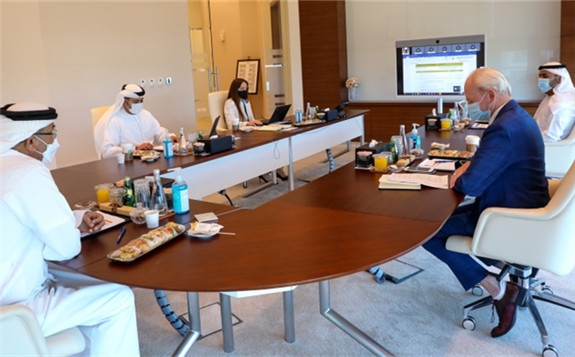 Under a USD20 billion deal announced in December 2009, four Korean-designed APR1400 reactors are being built at Barakah by a consortium led by the Korea Electric Power Corporation (Kepco). First concrete for Barakah 1 was poured in July 2012, while that for units 2-4 was poured in April 2013, September 2014 and July 2015, respectively.

Units 3 and 4 are in the final stages of commissioning at about 95% and 91% completion, respectively. The construction of the plant as a whole is now more than 96% complete. When fully operational, the plant will produce 5.6 gigawatts of carbon-free electricity for more than 60 years to come.

FANR still needs to issue an operating licence for unit 3, after which Nawah can begin loading fuel into the reactor. The reactor's power output will then be increased in stages and numerous tests conducted before the unit reaches full power. When unit 3 is at its maximum capacity, it will then be allowed to operate for a period of time before a full plant handover is completed. At this stage, Nawah will take full control of the unit and it will be declared as commercially operational.

Nawah is a joint nuclear operations and maintenance subsidiary of the Emirates Nuclear Energy Corporation and Kepco.