The Dubai Electricity and Water Authority (DEWA) is piloting a Tesla battery system to explore how storage can be used to enhance the operations of its renewable energy projects. 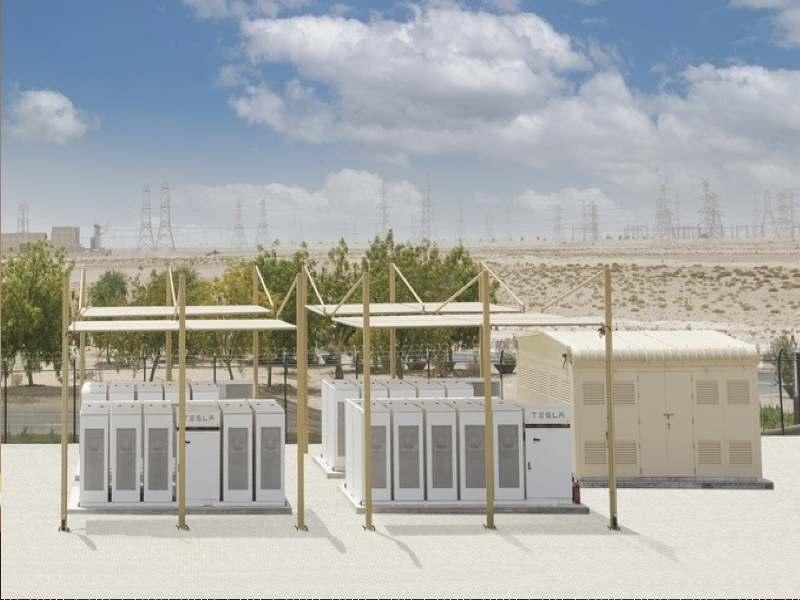 The aim is to test how energy storage can be used to diversify the utility’s energy mix at a time when calls for the decarbonisation of the energy sector are increasing. By using energy storage, utilities are able to expand their portfolio of renewables and thereby move away from fossil-fueled energy generation.

The project is DEWA’s second battery pilot at Mohammed bin Rashid Al Maktoum Solar Park with the first test being conducted in partnership with AMPLEX-NGK. The utility’s first battery pilot includes the use of sodium sulphur batteries to develop a 1.2MW/7.5MWh storage system, the first utility-scale storage system in the region, according to the statement.

Other energy storage projects DEWA is planning to deploy include combining Concentrated Solar Power with a 950MW solar energy facility as part of the fourth phase of the Mohammed bin Rashid Al Maktoum Solar Park. Once complete, the project will be the world’s largest global thermal storage capacity of 15 hours, according to DEWA.

DEWA is also developing a 250MW/1,500MWh pumped-storage system at a hydropower plant in Hatta, the first of its kind in the Arabian Gulf.

HE Saeed Mohammed Al Tayer, MD & CEO of DEWA, said the energy storage pilot “…supports our efforts to achieve the Dubai Clean Energy Strategy 2050, which aims to provide 75% of Dubai’s total power capacity from clean energy sources by 2050 and make Dubai a global hub for clean energy and a green economy.  The pilot project will evaluate the technical and economic capabilities of this technology within the operational framework of electricity systems in solar photovoltaic power plants. It also tests the role of this technology in the integration between clean energy and energy storage to achieve maximum efficiency and reliability.”

He said the overall goal is to ensure a secure energy supply using renewables whilst achieving sustainability goals.

Al Tayer added: “We have an integrated vision to achieve these directives with three main pillars: The first is to produce more clean energy, especially solar energy, under the Dubai Clean Energy Strategy 2050. The second is to decouple the desalination process from the production of electricity and desalinate water using a combination of clean energy sources and waste heat. The third is disrupting the role of utilities using Fourth Industrial Revolution technologies, such as AI, UAVs, energy storage, blockchain, the Internet of Things (IoT) and many more.”