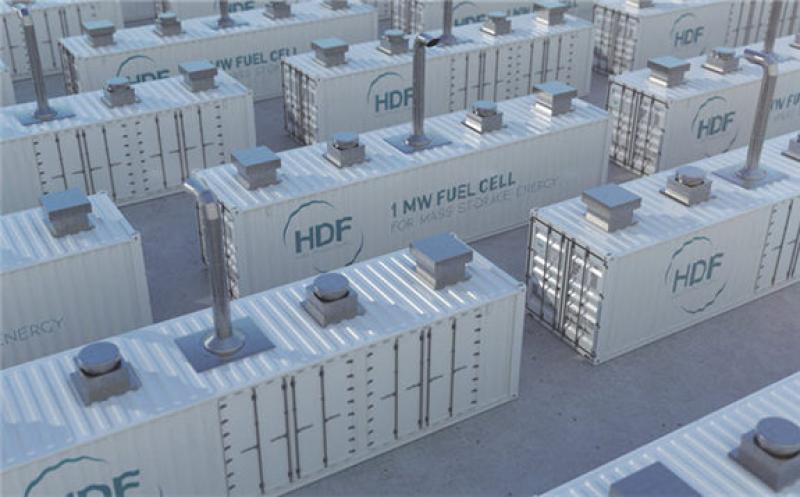 Damien HAVARD, CEO of HDF Energy said: “CEOG demonstrates that HDF Renewstable® solution addresses a very large market being all the grids currently powered by fossil fuel power plants. By supplying non-intermittent renewable energy, CEOG – which we are already replicating across the world – opens a new era for renewable energies. We thank our partners Meridiam and SARA (Rubis Group) that have brought a significant value to the development of CEOG, allowing us to launch today this new model of electricity production. “

The Renewstable® power plant, designed and developed by HDF, will supply a 100% renewable, stable and dispatchable power to 10 000 households at a lower cost than the diesel power plant, but without emitting any greenhouse gas, fine particle, noise or fumes. A Renewstable® power plant produces electricity using local sources of clean energy to fully sustain the local needs, reducing exposure to oil price volatility, supply risks, and saving foreign exchange.

Representing a total investment of US$200 million, CEOG is an optimised combination of a solar park, a hydrogen long-term energy storage and a battery (short-term energy storage) to produce 24/7 baseload power. It is the first time that a renewable energy project supplies a grid through a capacity-based Power Purchase Agreement, usually used for thermal power plants. This type of electricity offtake contract guarantees the availability and stability of the electricity produced by CEOG. This last characteristic is essential for powering isolated grids or reducing congestion on large networks.

CEOG is currently being duplicated in about 20 countries such as Mexico, Caribbean island nations, Southern Africa, Indonesia and Australia. The most mature part of this pipeline represents US$1.5 billion of investment. Competitive with diesel power plants, the Renewstable® power plant addresses a large power generation market. HDF has already identified a pipeline of US$3 billion.