The UK fired up an old coal power plant on Monday to meet its electricity needs.

Warm, still, autumn weather has meant wind farms have not generated as much power as normal, while soaring prices have made it too costly to rely on gas.

As a result, National Grid ESO - which is responsible for balancing the UK's electricity supply - confirmed coal was providing 3% of national power.

It said it asked EDF to fire up West Burton A, which had been on standby.

On Tuesday, the use of coal returned to 2.2% of the UK's electricity generation. 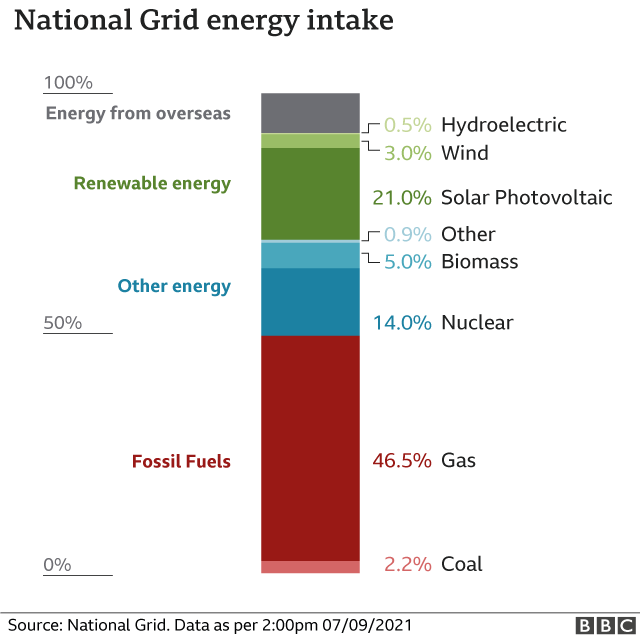 A National Grid ESO spokesman said there had been a three-day coal-free run in mid-August, but the country had relied on some coal power every day since then.

Last year, coal contributed 1.6% of the country's electricity mix. That was down from 25% five years ago.

Both the government and National Grid ESO have committed to phasing out coal power completely by 2024 to cut carbon emissions. However, coal is still used when it is better value than gas.

A small temporary uptick in the use of coal should be kept in perspective, said Dave Jones, electricity analyst at Ember, a think tank promoting the shift away from fossil fuels.

"No-one thought we'd use zero coal this year," he said.

"We're going through a process where year-on-year you're relying on coal less and less. As long as you know you can make it to that fixed date, which is still three years away, it's OK. We're well on track for that journey, probably ahead of schedule."

But higher gas prices could help accelerate the shift from gas to renewables over the next few years, he added.

The UK government has made commitments to reducing the use of gas for power generation, but has not set a fixed deadline.

More coal has been burnt this summer in particular, due to soaring prices for natural gas.

Across Europe, shortages and increased demand from Asia have seen the cost of gas increase to the highest level on record, according to Reuters.

A cold start to the year meant countries across the continent dipped into their gas reserves, which would normally be replenished in the summer months when demand tends to be weaker.

But the economic rebound, as countries reopen from Covid-19 lockdowns, meant higher-than-expected demand led to a shortage of gas. 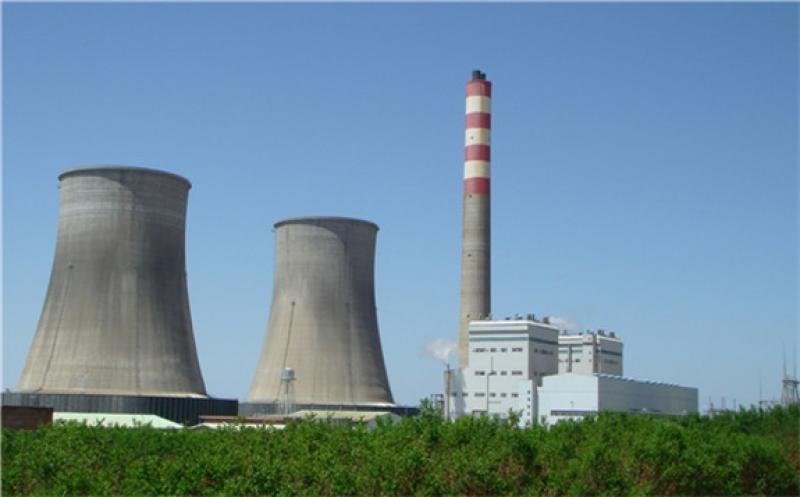