The Queensland government on Wednesday announced the signing of a memorandum of understanding (MoU) between the government-owned North Queensland Bulk Ports Corporation (NQBP), Dalrymple Bay Infrastructure (DBI), Brookfield, and international trading company ITOCHU Corporation for the development of a hydrogen export facility at the Port of Hay Point.

The MoU will allow for work to start on concepts to build a renewable hydrogen production, storage and export facility within the Hay Point port precinct. The feasibility studies will start in 2021.

“That plan is about supporting regional economies through targeted investments that support job creation and workforce development. Hydrogen presents an incredible opportunity to create jobs and decarbonise our economy.

“Our A$2-billion Renewable Energy and Hydrogen Jobs Fund is about working with industry to encourage investment in emerging industries like hydrogen. We’ve demonstrated our commitment to that end by backing a plan and securing a site for a three-gigawatt renewable hydrogen facility in Aldoga, west of Gladstone.

“Queensland is already a leading energy exporter and the world is now looking to us to become a leading producer of hydrogen as the next energy source,” Bailey said.

“Renewable hydrogen can be stored and used over time, and, as a future fuel source, is one of the most promising solutions for reducing global emissions, particularly in the transport and heavy industry sectors.

“Earlier this year, we signed an agreement to develop a liquid hydrogen facility at the Port of Townsville.

“Hay Point is a critical part of our state’s supply chain and Queensland’s economy, connecting regional Queensland to power, food and steel industries in Asia. Agreements like this allow us to prepare the port to meet the energy needs of developing industries across the globe.”

“As part of our planning, we want to ensure new trades such as hydrogen can co-exist at our ports alongside our existing trades,” Fertin said.

“This is part of preparing for the decarbonisation of overseas industries and markets so that our ports can support the potential development of new trades that foster the economic development of our region.”

Fertin said the MoU was a first step in what would be a thorough and considered process.

“We are at an early stage of possible developments, with future steps involving further feasibility studies, consulting with community, traditional owners and regulators.”

DBI CEO Anthony Timbrell said on Wednesday that the Dalrymple Bay terminal, at Hay Point, was an established export port known globally for its key role in supporting the global steel supply chain.

“The terminal is ideally placed to develop a green hydrogen facility due to its deep water port, the established Mackay industrial zone, the availability of land and water position within one of Queensland’s renewable energy zones.

“The terminal has operated for nearly 40 years and we remain fully committed to maintaining and expanding existing infrastructure to assist our current customers to service the world’s steel sector. The possible addition of new hydrogen-based products to complement our current export position would see Dalrymple Bay terminal play an even bigger role in the export of key resources to satisfy the world’s demand for steel and low carbon energy sources, such as hydrogen.” 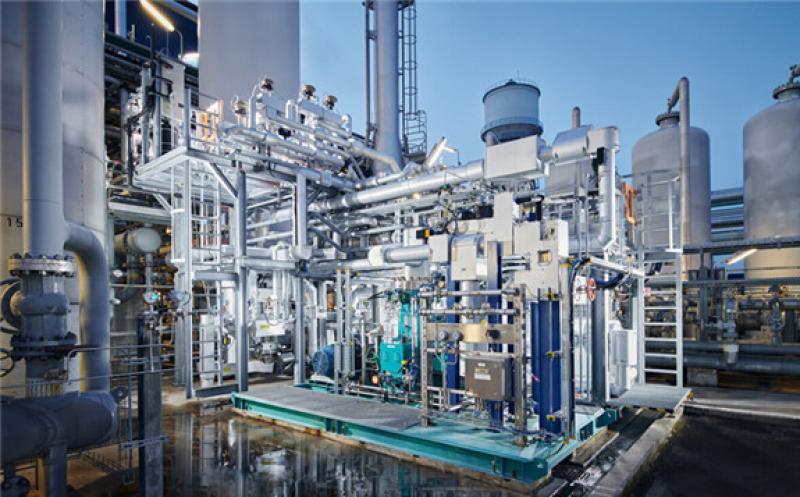