RWE is Ready to Support the UK’s Hydrogen Strategy

RWE, one of the globally leading companies in renewables and one of the key players in setting up the hydrogen economy, welcomes today’s publication of the UK Hydrogen Strategy. Today’s strategy and launch of consultations is a huge step forward and RWE encourages the Government to set even more ambitious targets to facilitate the UK’s hydrogen economy. The company is thoroughly analysing the proposals and will be responding to the accompanying consultations in due course. 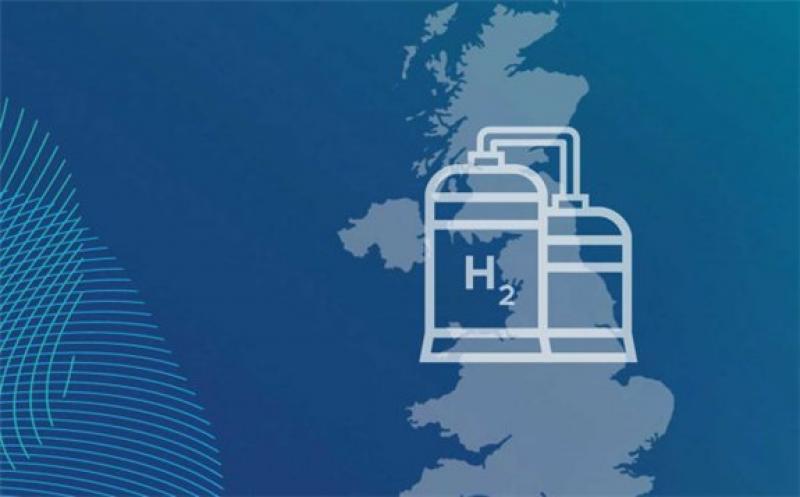 Hydrogen will be key to the decarbonisation pathway and as a partner to industry, RWE is part of that solution. As a UK leader in power generation, RWE is perfectly positioned to support the development of the UK hydrogen economy. Thanks to its large renewable power portfolio, the company can supply a considerable amount of zero-carbon energy to produce green hydrogen. Furthermore, the company’s own gas-fired power stations are a potential off-taker for hydrogen, while RWE can provide expertise in gas storage facilities and supply to industrial customers.

Tom Glover, RWE UK Country Chair, said: “RWE is a driver of the energy transition, about 90 percent of our capital investment is in green technology including renewables and storage. We know that hydrogen will be key to cracking zero carbon emissions across industrial processes, and RWE is committed to playing a full part in the delivery of this emerging technology and at the same time creating skilled green jobs.”

RWE is at the forefront of green innovation having played a significant role in shaping the UK offshore wind industry building the country’s first offshore wind farm (Blyth demonstrator, 2002); and the first commercial scale offshore wind farm (North Hoyle 2004). A dedicated team at RWE of around 250 people is working on developing hydrogen projects, contributing to the UK and EU hydrogen ambitions. Together with prominent partners from industry and the scientific community, RWE is forging ahead with the development of 30 hydrogen projects along the entire value chain.

In the UK, RWE has partnered with industry to move towards the use of hydrogen in industrial processes in the South Wales Industrial Cluster (SWIC). Through RWE’s Pembroke Net Zero Centre (PNZC) initiative, the company is investigating the feasibility of green hydrogen production located at the Pembroke Power Station site, in addition to the potential for consuming hydrogen in the power station. In the longer term, there is also the opportunity to produce gigawatts of green hydrogen connected to offshore floating wind in the Celtic Sea.

The UK plays a key role in RWE’s strategy to grow its renewables portfolio and to become climate neutral by 2040. The company is currently constructing the 857 MW offshore wind farm Triton Knoll (RWE’s pro-rata share: 506 MW) off the Lincolnshire coast which is expected to be fully commissioned in the first quarter of 2022. RWE is also constructing the 1.4 gigawatts Sofia offshore wind project on Dogger Bank. This will enlarge RWE’s UK portfolio of nine offshore wind farms. RWE is also progressing four extension projects in the UK, with a combined potential installed capacity of around 2.6 gigawatts (RWE’s pro-rata share: 1.3 GW. ) Furthermore, the company successfully bid for two new adjacent offshore sites – also on Dogger Bank – with a potential total installed capacity of 3 gigawatts in The Crown Estate’s Offshore Wind Round 4 Leasing auction.

Further information on RWE’s hydrogen activities can be found at the RWE hydrogen website.

“RWE welcomes the release of the UK Government’s Hydrogen Strategy. We are well positioned across the entire hydrogen value chain in Europe and stand ready to support the delivery of the strategy. Our hydrogen development projects in the UK are sitting at the heart of RWE’s ambition to become climate neutral by 2040. Hydrogen is critical to decarbonising the UK, starting with industrial applications.”