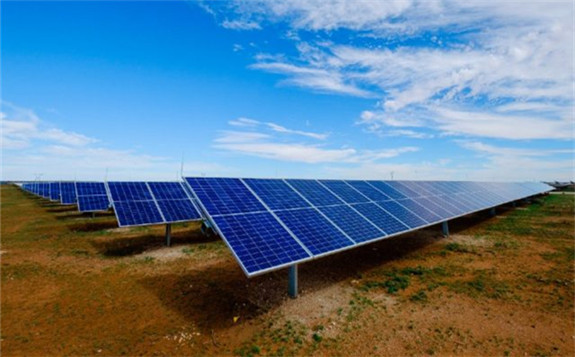 The project, which took a year to construct, reached grid code compliance on 9 April 2021. Situated in the Siyancuma Local Municipality close to Douglas in the Northern Cape, it produces enough clean energy to power 62,000 homes.

The plant is located on 168 hectares of low-value agricultural land and connects to the Siyancuma 132kV switching station.

“This solar facility is 100% South African-owned, a significant positioning for renewable energy projects in South Africa and proof that the green power sector is an attractive option for local investors,” said Mmushi.

It is part of a portfolio of six projects aimed by the same shareholders under the REIPPPP Bid Window 4, and is the last to come online. The shareholders are African Infrastructures Investment Managers (AIIM) through its IDEAS Fund, Reatile Solar Power, Phakwe Solar, African Rainbow Energy and Power, and Cicada Community Trust.

The Department of Mineral Resources and Energy’s Independent Power Producer’s Office says the Northern Cape now has 59 renewable energy projects across a range of clean energy technologies, including solar, wind and hydro.

The communities of Douglas, Bongani, Breipaal, Campbell and Griekwastad benefited directly from 450 jobs over the year of construction. At the same time, more employment and opportunities were created through the sub-contracting of various services which is expected to continue throughout the 20-year operations cycle.

Over the next two decades, the project will continue to include the local communities in the design and implementation of socio-economic and enterprise development initiatives. These programmes are aimed at building economic and social resilience and increasing access to the local economy.

Nomzambo Landingwe, chief community office for Boikanyo Solar, said: “Although economic development funding only officially commences once the PV project begins its 20-year operations period the shareholders chose to initiate beneficiary programmes a year in advance so as to begin to provide community support as soon as possible. Hence, funding was secured in advance to provide support for various health and education projects.”