An intensive and fast reduction in carbon dioxide emissions is the only way to avoid extreme effects of climate change, according to a report released by the Intergovernmental Panel on Climate Change – IPCC. In most scenarios, global warming will likely hit 1.5 degrees Celsius within 20 years, but it is possible to maintain the level by the end of the century. 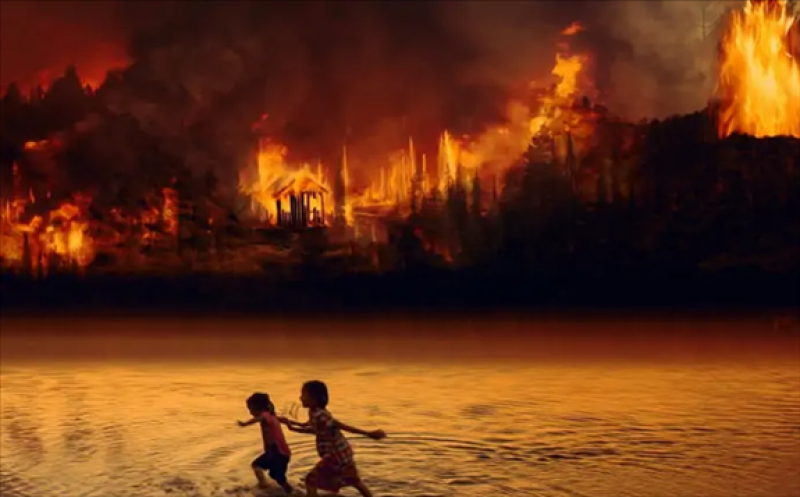 While world nations are preparing for the COP26 annual round of climate negotiations, scheduled to be held in Glasgow in November, and suffering from some of the worst wildfires ever, the United Nations issued its probably most dire warning. In the first part of a report prepared to be released in one year, the Intergovernmental Panel on Climate Change or IPCC said the planet won’t be able to avoid global warming–induced rise in sea levels even in the most optimistic projections.

The UN’s body stressed it could soon be late to keep the increase in temperature since the second half of the 19th century at no more than 1.5 degrees Celsius without drastic climate action. Furthermore, it concluded humanity was responsible for a 1.07-degree boost in temperature while that 0.1 to 0.2 degrees at most can be attributed to natural causes.

Worst version of global temperature rise by 2100 is 5.7 degrees

Under all five scenarios for the period until 2100, the level reaches 1.5 or even 1.6 degrees by 2040 and keeps rising. The good news is that with a swift and comprehensive reduction of carbon dioxide emissions, the increase can be trimmed to 1.4 degrees by the end of the century, which is the best estimate in a range of 1 to 1.8 degrees.

In the worst version, the one without efforts to cut emissions of greenhouse gases like CO2 and methane, global warming reaches 4.4 degrees on the horizon (as the most probable outcome in a range between 3.3 and 5.7 degrees).

The last time global surface temperature was sustained at or above 2.5 degrees higher than in the period registered between 1850 and 1900 was over three million years ago

Signatories to the Paris Agreement took on the responsibility to hold the rise in temperature to between 1.5 and two degrees by 2100. IPCC now said at the low end of the scale there would be increasing heat waves, longer warm seasons and shorter cold seasons. At two degrees Celsius, heat extremes would more often reach critical tolerance thresholds for agriculture and health, the report shows.

The last time global surface temperature was sustained at or above 2.5 degrees higher than in the period registered between 1850 and 1900 was over three million years ago, the document notes. Climate change is intensifying the water cycle, bringing more intense rainfall and associated flooding, as well as more intense drought in many regions, the authors underscored.

“Coastal areas will see continued sea level rise throughout the 21st century, contributing to more frequent and severe coastal flooding in low-lying areas and coastal erosion. Extreme sea level events that previously occurred once in 100 years could happen every year by the end of this century,” according to the report.

Changes to the ocean, including warming, more frequent marine heatwaves, ocean acidification, and reduced oxygen levels have been clearly linked to human influence, the report finds and warns the changes could affect both ocean ecosystems and the people that rely on them.

“Climate change is already affecting every region on Earth, in multiple ways. The changes we experience will increase with additional warming,” said IPCC Working Group I Co-Chair Panmao Zhai. “Stabilizing the climate will require strong, rapid, and sustained reductions in greenhouse gas emissions, and reaching net zero CO2 emissions. Limiting other greenhouse gases and air pollutants, especially methane, could have benefits both for health and the climate,” said Zhai.