But despite this unique environment – high altitude of 3,500m and temperatures of -30°C – Bhargava is confident there won’t be any challenges operating the hydrogen technology and mobility there. 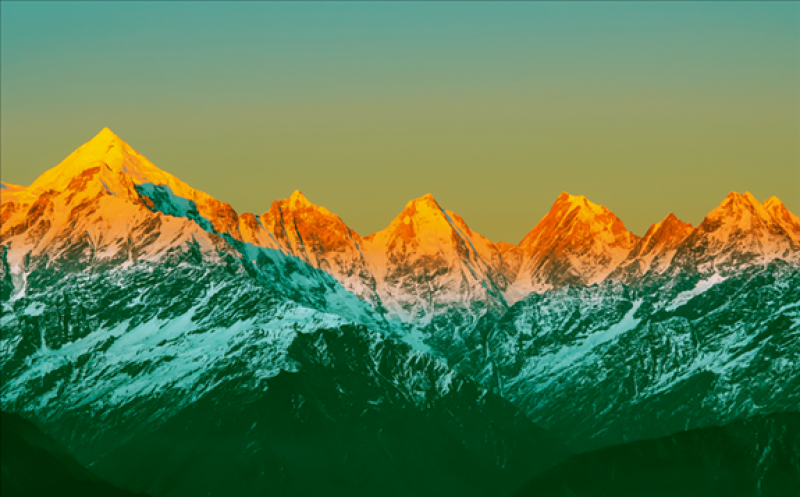 “This is a very high-altitude location and the air is very thin, so it’s already less oxygen there. The biggest challenge, in terms of operating any vehicle, would be how these vehicles operate in such sub-zero temperatures which, you have rightly pointed out, for almost three to four months we are looking at temperatures of -30°C to -40°C,” he said.

“It is our sense – and this is what we have discussed with a lot of vehicle manufacturers – that the hydrogen-based buses will be quite okay to run during these harsh winter times. Of course, snow and all will have to be taken care of separately, but in terms of running of buses, operating the buses to their normal operating parameters, should be generally okay. But of course, there’s an element of experimentation and establishing the proof of concept here as well, so we hope to do that as we go ahead.”

In New Delhi, Bhargava said NTPC is planning to deploy five hydrogen buses on a pilot basis connected to the two main tourist circuits of Delhi Jaipur and Delhi Agra.

“The weather conditions and the topographical features in Delhi do resemble with the major landscape of the country. The project at Delhi will help us to understand the feasibility and changes required for replacing the diesel buses with hydrogen buses in most parts of the county. As the national capital, it is a very suitable place to demonstrate this first-of-its-kind technology in the country.”

Mobility aside, Bhargava told H2 View NTPC has recently floated an expression of interest (EOI) for the development of a hydrogen-based back-up power system for its Noida office and a green hydrogen-based micro-grid for one of its establishments at Visakhapatnam. In addition, NTPC is also exploring blending hydrogen (1-5%) in its PNG networks.

“What we’re also planning to do is to possibly test whether we can use hydrogen for electrification also in Ladakh. Ladakh is a location which has a small population, there are small villages spread far and wide, and it’s not easy for the administration to connect all of them through grid. Many of these villages are supplied by diesel generator sets, so that’s also an option which we’ll take on board once we are able to see that hydrogen generation, hydrogen storage, makes sense. Probably we’ll take a step forward beyond that to also look at creating microgrids based on green hydrogen,” Bhargava said.