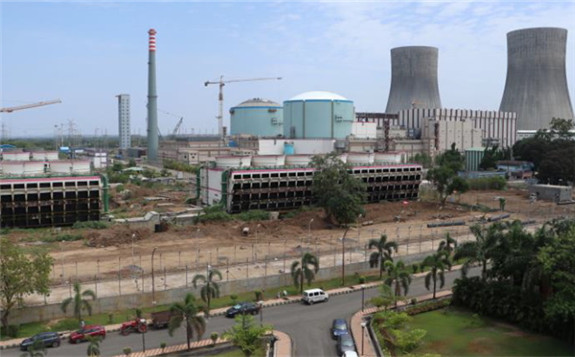 BHEL said the steam generators will be manufactured at its plant in Tiruchirapalli, in Tamil Nadu state.

BHEL noted this is the second major supply order it has secured through competitive bidding for NPCIL's fleet mode implementation programme for 10 700 MWe units. The first equipment order secured by BHEL under this programme was for the supply of 32 reactor header assemblies.

In May 2017, the Indian cabinet - chaired by Prime Minister Narendra Modi - approved the construction of 10 700 MWe units in a "significant decision to fast-track India's domestic nuclear power programme". The reactors are to be built at four plant locations - including two new sites - by 2031.

According to BHEL, almost three-quarters of the PHWR units in India are equipped with turbine and generator sets supplied by the company.

BHEL has also emerged as the "L-1 bidder" in another INR108 billion tender by NPCIL for turbine island packages for six 700 MWe PHWRs. "With this the company has reinstated its supremacy and reaffirmed its position of being the lone domestic supplier for nuclear steam turbines in the country," BHEL said.

India has 6885 MWe of installed nuclear capacity from 23 operational reactors with another 4600 MWe under construction.

India plans to put 21 new nuclear power reactors - including 10 indigenously-designed PHWRs - with a combined generating capacity of 15,700 MWe into operation by 2031, the Department of Atomic Energy announced in January 2019.

The country's first indigenously-designed 700 MWe PHWR - unit 3 of the Kakrapar nuclear power plant in India's Gujarat state - achieved criticality in July 2020 and was connected to the electricity grid in January this year.