Optimisation work at unit 2 of the Zaporozhe nuclear power plant in Ukraine could lead to the addition of 1000 MW of generation capacity if it is also conducted at the country's other reactors, according to the US Department of Energy (DOE). The DOE has been working with Argonne National Laboratory and Ukraine's NT-Engineering to help nuclear power plant operator Energoatom enhance its approach to maintenance. 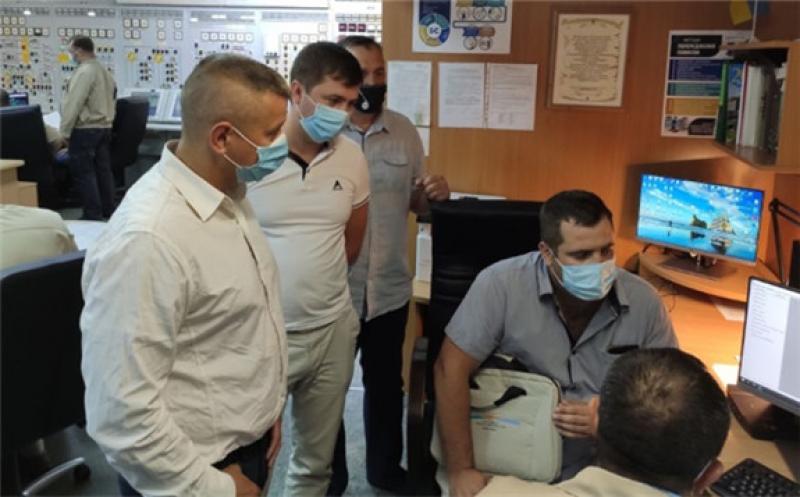 The team assessedthe reactor's system configurations and maintenance routines to identify which services could be safely performed during operation instead of waiting until the reactor was shut down for refuelling. The project also included training for Ukrainian officials and its regulators on a new risk-informed management approach and how this process could be replicated at 12 other VVER-1000 units across the country.

Ukraine's 15 reactors, which include two VVER-440 units, generate more than half of the country’s electricity and are seen as crucial to securing more energy independence for the country.

"By optimising Ukrainian reactor operations and maintenance procedures, the country could significantly increase the number of days the reactors are online producing power," the DOE said. "The USA has been utilising optimisation approaches for decades to operate its reactors more than 92% of the time during the year. By transferring this knowledge to Ukraine, the country could potentially boost their annual nuclear power production by 10%," it added.

Ukrainian regulators approved the new maintenance routine at Zaporozhe unit 2 on an exception basis and allowed Energoatom to perform experimental application with the recommendation to adapt project results to other VVER-1000 units.

The project was funded by foreign assistance funds provided by the US State Department and led by DOE's Office of International Nuclear Energy Policy and Cooperation, which collaborates with international partners to support the safe, secure, and peaceful use of nuclear energy. The office is recommending a separate outage optimisation approach for Ukraine's two VVER-440 reactors.

Vitalii Demianiuk, chairman of NT-Engineering LLC, told World Nuclear News (WNN) that the results of the Zaporozhe-2 optimisation project have received all the necessary approvals from Ukraine's nuclear regulator and that the project is at the trial operation stage. This is scheduled to be completed by the end of this year, after which the project can be transferred to the commercial operation stage. Energoatom is expected then to decide whether NT-Engineering's technology and methodology can be applied to its other units in operation.

"The results of the project have a very significant economic effect," Demianiuk told WNN. "If implemented on the remaining 12 of the 13 VVER-1000 units currently in operation in Ukraine, the effect of increasing electricity generation will exceed the effect of the construction of one new unit with an installed capacity of 1000 MW, but 200 times cheaper."

The Zaporozhe project used a set of deterministic and probabilistic analysis of system equipment, he said, which - according to Technical Specifications on Safe Operation (TSSO) - "have limitations on non-availability time". The TSSO is a Ukrainian regulatory document that defines the conditions for the safe operation of a nuclear installation.

The analysis selected 2000 of the Zaporozhe unit's 16,000 items of equipment. These 2000 were from 11 of the unit's systems. Their repair can be "safely performed at power", he said. For example, it is possible to repair during operation the following equipment - emergency diesel generators, low-pressure injection pumps, high pressure injection pumps, emergency feedwater pumps and essential service water pumps.

Total funding for the 18-month pilot project was USD1.9 million.