Thanks to this agreement, the consortium formed by the two manufacturers will set up an XXL monopile factory in the grounds of the Fene shipyard in A Coruña

Through this agreement, Iberdrola secures advance supply on some of these components for the coming years, while Navantia-Windar is positioned to be awarded the contract for 130 monopiles, each over 100 m in length and up to 2,500 t in weight

Iberdrola strengthens a relationship spanning more than seven years with Navantia and Windar, which together have offshore wind contracts worth around 1.3 billion euros 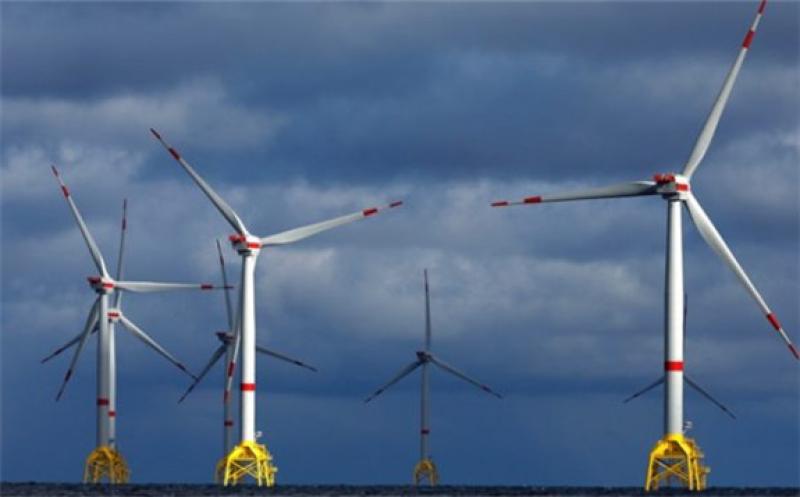 Iberdrola advances in its growth strategy in the offshore wind market and strengthens its role as a driving force in the local industry, after signing a framework collaboration agreement with Windar and Navantia for the manufacture and supply of 130 XXL monopile foundations. Through this agreement, Iberdrola could place orders with these manufacturers worth up to 400 million euros between 2023 and 2025 for future offshore wind farms and it secures the preferential supply of a portion of these components for the coming years.

From this signing, the consortium formed by Windar and Navantia will start up an XXL monopile factory on land at the Navantia shipyard in Fene (A Coruña). The construction of this factory will improve the capabilities of the Navantia shipyard in Fene, providing it with a new product within the fixed marine foundations sector. This diversification was not accessible until now because it required very specific facilities, with the monopile being the star product in the foundations market over the last decade, which will continue in the coming years.

The investment planned by Windar-Navantia includes the adaptation of a building for curving thick sheet metal with a diameter of up to 16 m, new paint booths and storage areas for finished products, as well as the latest technology equipment necessary for manufacturing. The new XXL monopile factory, which will manufacture foundations over 100 m long and weighing up to 2,500 t, will be available within 13 months and will be located in a part of the Fene shipyard facility, without interfering with the production facilities for the construction of other offshore wind products, such as jackets and floating structures.

This initiative reinforces the commitment by the companies to the energy transition and its contribution to a green recovery and employment through renewable projects for the future. It also strengthens a relationship spanning more than seven years between Iberdrola and Navantia-Windar, which between them have contracts worth close to 1.3 billion euros.

The projects successfully executed for Iberdrola by the consortium at the Navantia Fene and Puerto Real (Cádiz) shipyards include the Wikinger offshore wind farms in the German waters of the Baltic Sea; East Anglia One, off the United Kingdom coast; the new Saint Brieuc wind farm, in French Brittany waters; and two substations for the latter two wind farms, awarded to Navantia. In addition, Windar will make the transition parts for the wind farm that the energy company will build in the United States, Vineyard I.

Since then, the consortium has been manufacturing these jackets at the Fene shipyard and Windar’s factories in Avilés. The final assembly of all the component parts will be completed at the Galician shipyard facilities. More than 2,000 professionals are directly employed in all this work. In addition to this, several thousand jobs will be generated in local contractors, both in Spain and in France, where Navantia-Windar has a production unit in the port of Brest, where jacket components for the fleet are manufactured.

Letting these contracts demonstrates the opportunities offered by a market of the future, offshore wind – in which Iberdrola is moving towards global leadership – and how the green economy has become a major aspect of industrialisation and sustainable, quality employment.

Offshore wind has been confirmed as one of Iberdrola’s growth vectors: it has 1,300 MW installed – Wikinger, East Anglia ONE and West of Duddon Sands – and will triple this capacity with the current construction of 2,600 MW. The group’s current portfolio in this technology totals 20,000 MW, of which 9,000 MW are ready for construction and more than 10,000 MW are planned for development in markets including the United States, Sweden, Japan, Poland and Ireland. By 2030, Iberdrola expects to reach 12,000 MW in operation.

Iberdrola has been leading the energy transition for two decades and acting as a key driving force in the transformation of the industrial fabric and the green recovery of the economy and employment. The company has launched a historic investment plan worth 150 bn euros over the next decade – 75 billion euros by 2025 – to triple renewable capacity and double network assets and take advantage of the opportunities offered by the energy revolution facing the world’s leading economies.

Having invested €120 bn in the last twenty years promoting the energy transition, Iberdrola is a leader in renewable energy with nearly 35,000 MW installed; a volume that makes its generation park one of the cleanest in the energy sector.

With emissions of 28 gCO2/kWh, which is already two-thirds lower than the European average, Iberdrola’s strategy of investing in clean energy and networks will lead Iberdrola to be a “carbon neutral” company in Europe by 2030.