Vattenfall has started construction of the 1500MW Hollandse Kust Zuid offshore wind farm off the coast of the Netherlands. 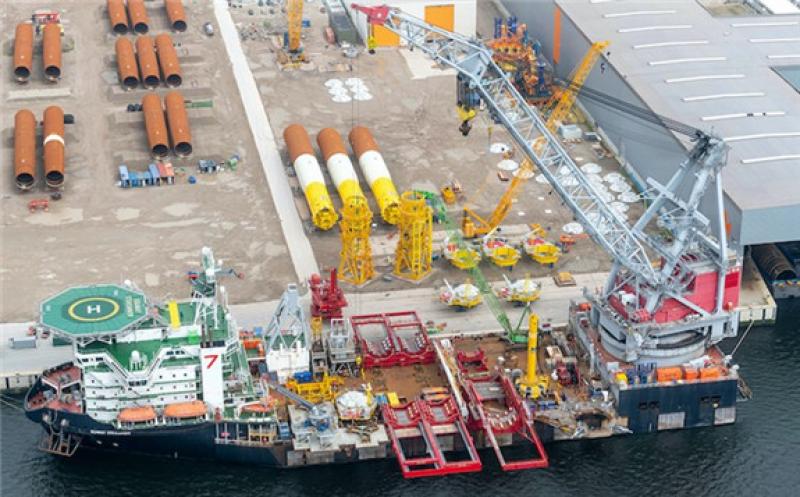 The Swedish developer said that the first vessel transporting foundations had departed today for the construction site.

Construction is starting with the installation of monopile foundations, each of which have been designed specifically for the location where they will be installed.

The monopiles will be installed in water depths varying from 17 to 28 metres.

Vattenfall Netherlands chief executive Martijn Hagens said: “With the construction of the first subsidy-free offshore wind farm in the world we are starting a new chapter, demonstrating that this market is becoming mature.

“I am extremely proud of the step we’re now taking, bringing Dutch households and our industrial partners another step closer to fossil free living.”

Project director Ian Bremner said: “Over the next few months, we will already install dozens of foundations.

“During the winter there is a scheduled break, as sea and weather conditions are often too poor to work safely.

“In the spring of 2022, construction will resume, and we will install the remaining foundations followed by inter array cables and turbines.

“The first turbines are currently scheduled to be commissioned in the spring of 2022, with all turbines expected online by summer of 2023.”

Vattenfall is building Hollandse Kust Zuid together with its recently announced partner BASF.

The wind farm will be located approximately 18km off the coast of The Hague and Zandvoort, with the furthest turbines located 36km offshore.