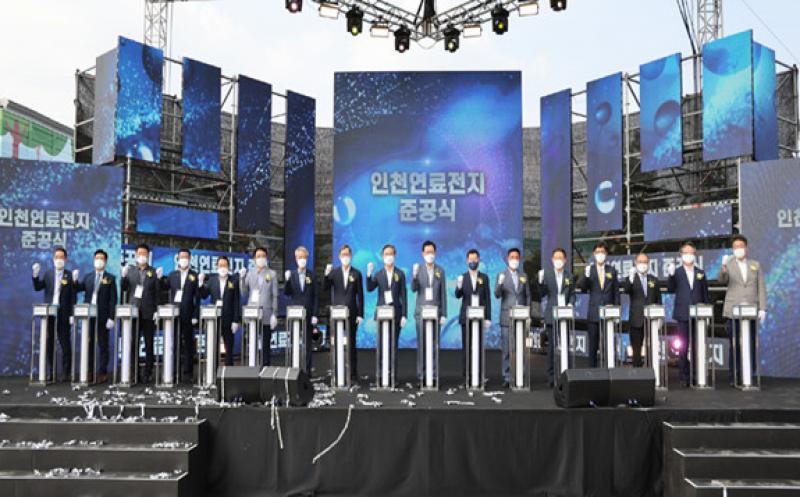 The Incheon Fuel Cell Power Plant is a 39.6MW power generation facility that invested about 254.3 billion won as part of its plan to expand the supply of urban eco-friendly energy.

It will produce 164,000 Gcal of heat that can be used by 26,000 households in Dong-gu. The completion of the Incheon fuel cell is the first project in Korea that has been successfully constructed by a public-private consultative body.

Fuel cells are one of the two pillars of the leading hydrogen economy industry announced by the government along with hydrogen cars. Even if it is installed on a small scale near the city center, which uses a lot of power, it produces a large amount of electricity and heat and provides it to nearby areas.